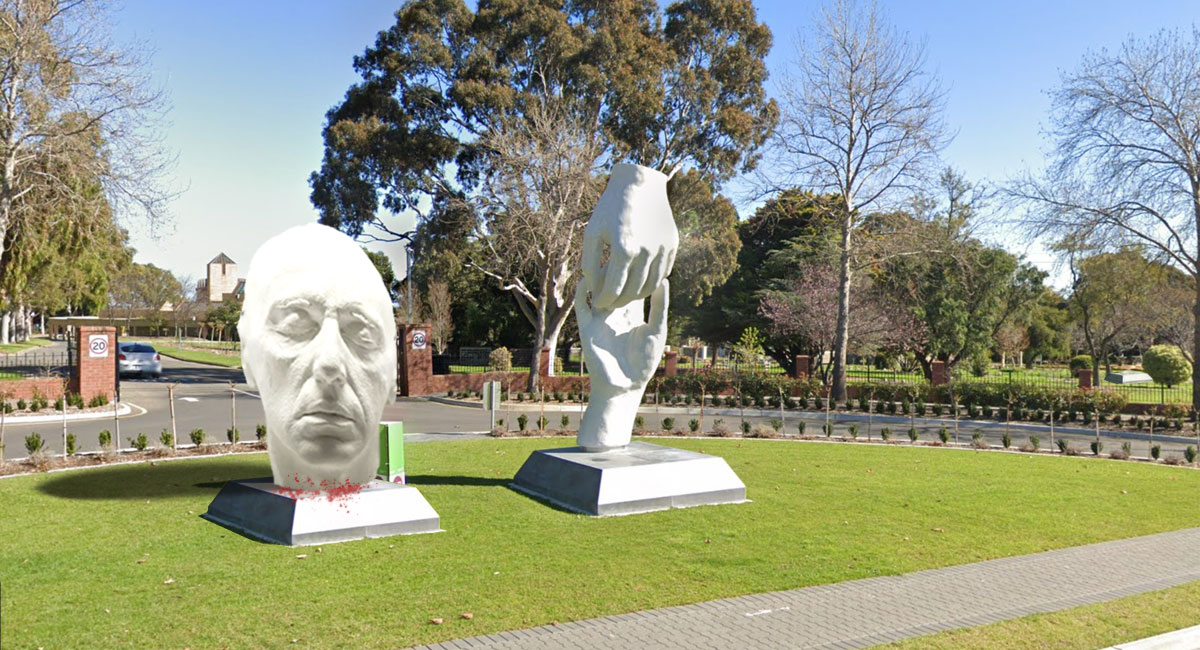 A Goodwood Road cemetery is looking to increase the number of sculptures depicting severed appendages in a renewed push for vaguely threatening public art along Adelaide’s north-south arterials.

The new sculpture will depict a severed head to complement the cemetery’s existing “severed hands” sculpture.

Park curator and overlord Terry Renfield says that the sculpture should act as a warning.

‘Look, look at the hands, this is the result. This, this is the wage for your sins,’ Renfield told an Adelaide Mail reporter who was tossing up whether or not to give his interviewee the Chomp bar and creaming soda that he picked up for him at the servo, having clearly misread exactly how much of a stick-in-the-mud this Renfield character would be in real life.

‘Try! Dare even! Dare cross Renfield and this could be you. Hand-less…headless even!’ he continued, bringing down the mood of the whole afternoon.

I mean, we’ve covered murder scenes, the Oakbank Racing Carnival, nothing has been as depressing as this bloke.

When asked if he believed that people want severed appendages to the first thing they see when they come to visit their lost loved ones, Renfield responded: ‘It’s the first thing I would want to see,’ because, of course he did.

‘They will sit there, beautifully outside our new section opening next week called “The people who had brief and (as far as police are concerned) innocuous encounters with Renfield before ending up here with a missing appendage Memorial Garden”. There’s going to be a lovely fountain.’