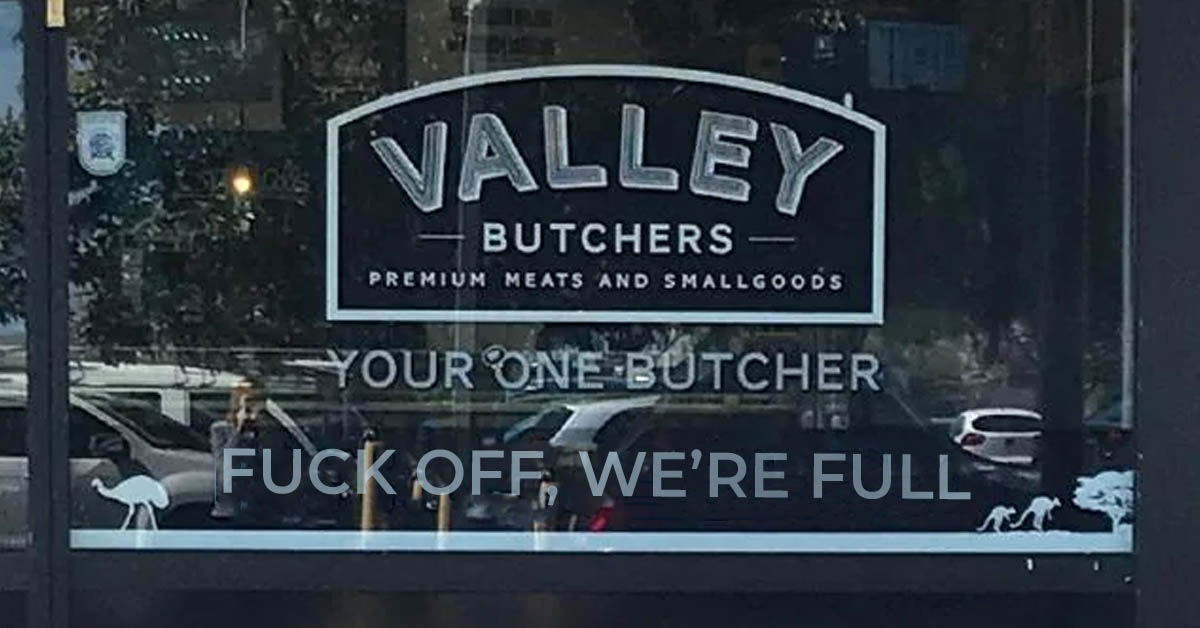 An Adelaide butcher who was found to have breached advertising standards by displaying a sign that read ‘Non Halal Certified’ on the front of his shop has caved to public pressure.

Although initially vowing to ‘Never take down’ the offending sign, the owners of the store have quietly agreed to change the wording on their front window to avoid offence to ‘some groups of snowflakes’.

‘The original sign was not meant to be malicious at all’, says Chief Butching Officer Joffrey Ligertwood. ‘If there are some snowflakes out there that are offended by us simply stating that our meat is not halal-certified, well that’s their prerogative…snowflakes’.

When pressed on whether or not the new sign is intended to be offensive, Ligertwood told us ‘No, not at all. We’re simply stating that our butcher shop is quite small and often can’t fit any more people through the door and that our beloved customers should consider coming back at a later time when it’s not so busy, unless they’re from another country’.

Meanwhile on Facebook, hoards of baby boomers who fail to see the irony in their frequent travel to (and obnoxious behaviour in) Thailand have thrown their support behind the shop owners.

Toni Spatula wrote: ‘Thank you guys!!! Wel done for staying strong *muscle emoji* *muscle emoji* I am so sick of having to ask whether my food has ever been touched by a brown person,,,stay strong,’