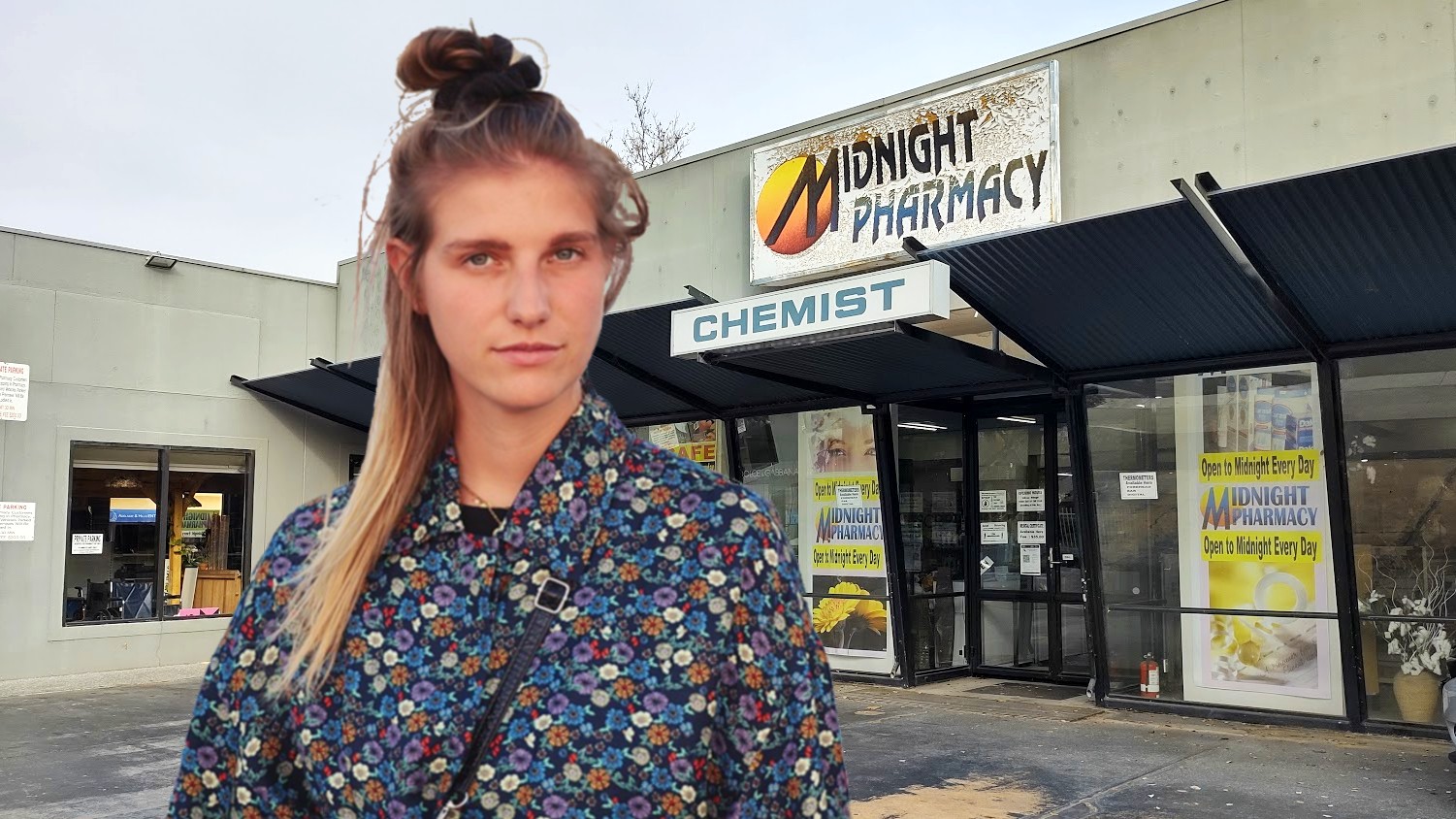 Local hot mess and ‘it’ girl (‘it’ meaning ‘shambolic’) Kay Otik’s life has taken yet another dramatic turn in a series of ongoing tribulations, leaving her so called ‘life’ about as organised as Adelaide CBD’s premier late night pharmacy and bric-a-brac outlet.

Having once again lost another part-time commission job because she was late for her train and couldn’t call her boss because she was out of mobile credit as per usual. Kay has once again attempted to dust herself off, unlike that pile of old printers sitting in the corner Midnight Pharmacy.

However, once again behind on her multiple AfterPay arrears, Kay is left paying far too much for even basic items such as paracetamol, toiletries, car stereo speakers and fake plastic roses for some reason. Making it difficult to get back ahead.

Coupled with her latest yet constant friendship and relationship dramas, Kay’s life is turning into an unorganised heap of miscellaneous useless elements, which nobody can understand how it came to be like this.

Despite Kay’s persistent issues, she somehow continues to show up and be there for people when literally nobody else is available.

She also sells art and makes hotdogs for some reason. Weird.