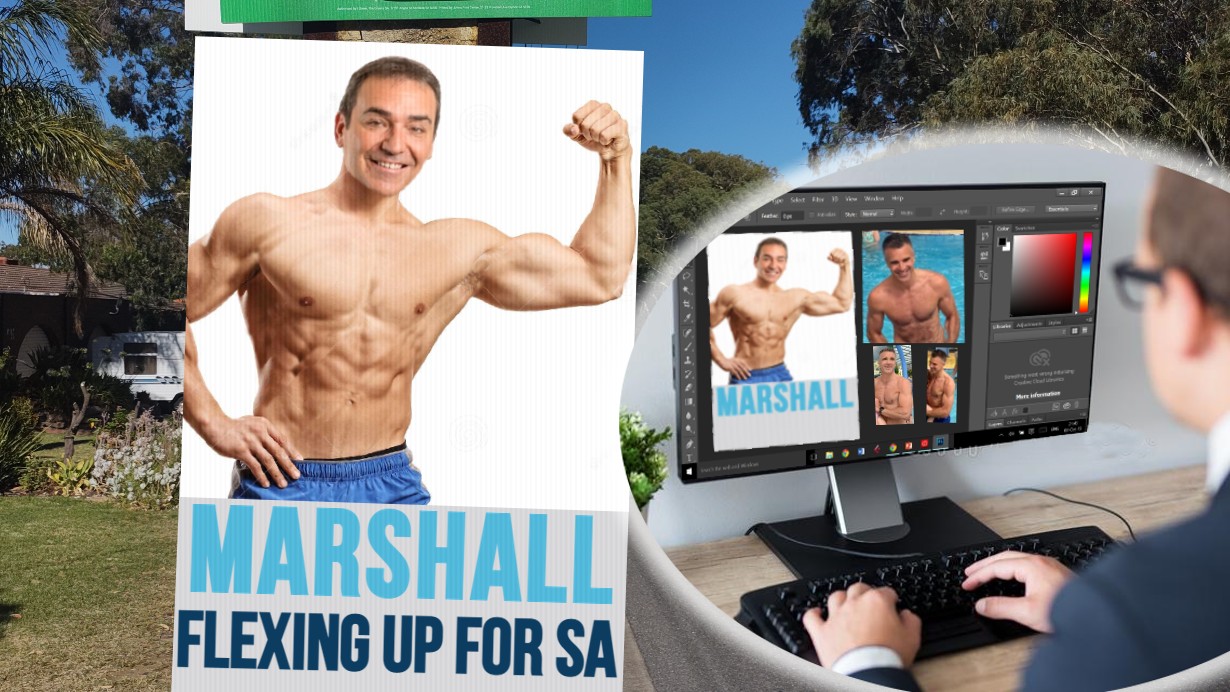 After opposition leader Peter Malinauskas posed for a series of shirtless photos at the Adelaide Aquatic Centre last week, Premier Marshall has come up with a cunning plan to win back those who may vote with their eyes.

Premier Marshall unveiled a series of draft stobie pole corflute signs showing ‘him’ in a variety of shirtless poses and exercise positions.

Though none of his advisers were fooled by the signs, none of them had the heart to tell him so.

‘I’ll let you in on a little secret’, Marshall told the focus group after a very awkward five minutes of silently staring at the signs together ‘That’s not really my body. Photoshopped! Well, not Photoshopped, one of the freeware versions of Photoshop that isn’t as good. But still, I think people will think it’s pretty realistic. Plus, if you’re driving by at 80 k’s and see this up on a stobie pole, it’s gonna look real. Right?’

The room of advisors nodded in unison, still not knowing where to look.

‘I think I did a pretty good job. I got the guy who photoshopped the Prime Minister’s shoes to teach me all he knows’.