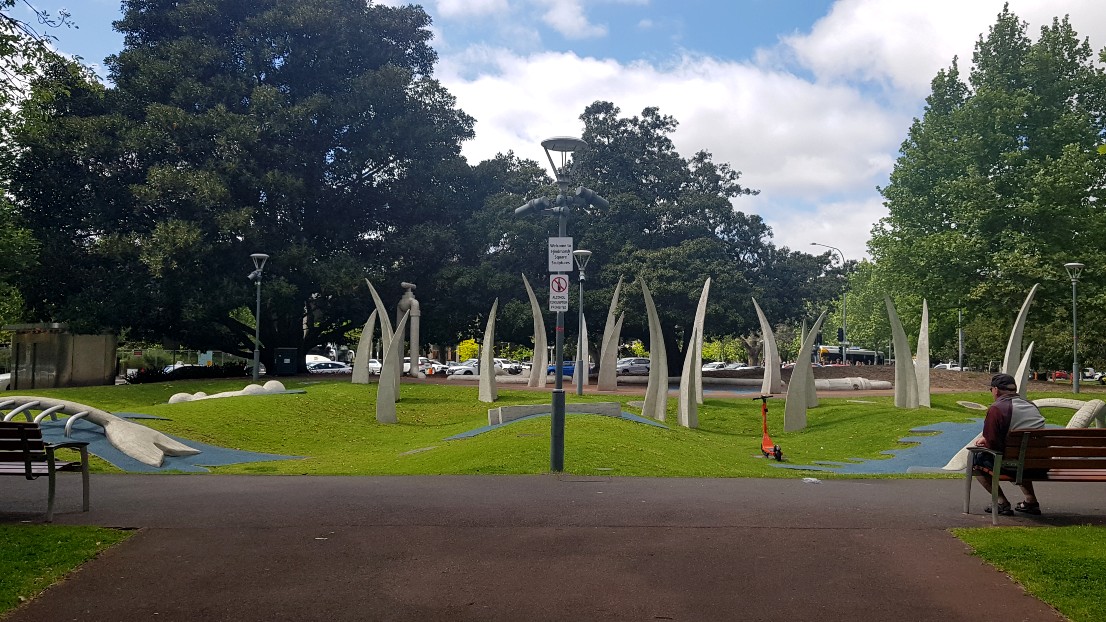 The midwest pocket of Hindmarsh Square is certainly an interesting place. There’s a giant dead fish skeleton, a dodgy looking public toilet and an alarming amount of CCTV cameras.

Surrounded by tall buildings and dense trees that don’t let much light in, it’s popular spot for many dickhead teenagers begging for cigarettes and discarded coke bottles full of urine.

The park has been colloquially named “Emo Park” not because it was frequented by the subculture fans in the mid 2000’s, but because it is literally the most depressing place in the Adelaide CBD.

Adelaide Mail spoke with Emo Park marketing and excessive litter manager, Sonny Dayrrl-Estate, who stated ‘People think the term “Emo Park” came about when the black eyeliner kids who listened to “Three Cheers for Sweet Revenge” once started hanging out here. But really, this place has been emo, since “Unfun” by Jawbreaker. Great album’.

Although there was an attempt at rebranding the name of the park last year, it seems the term “Emo Park” is more apt and here to stay, with reports stating that the park’s walkway will soon be named “Gerard Way” by the council.