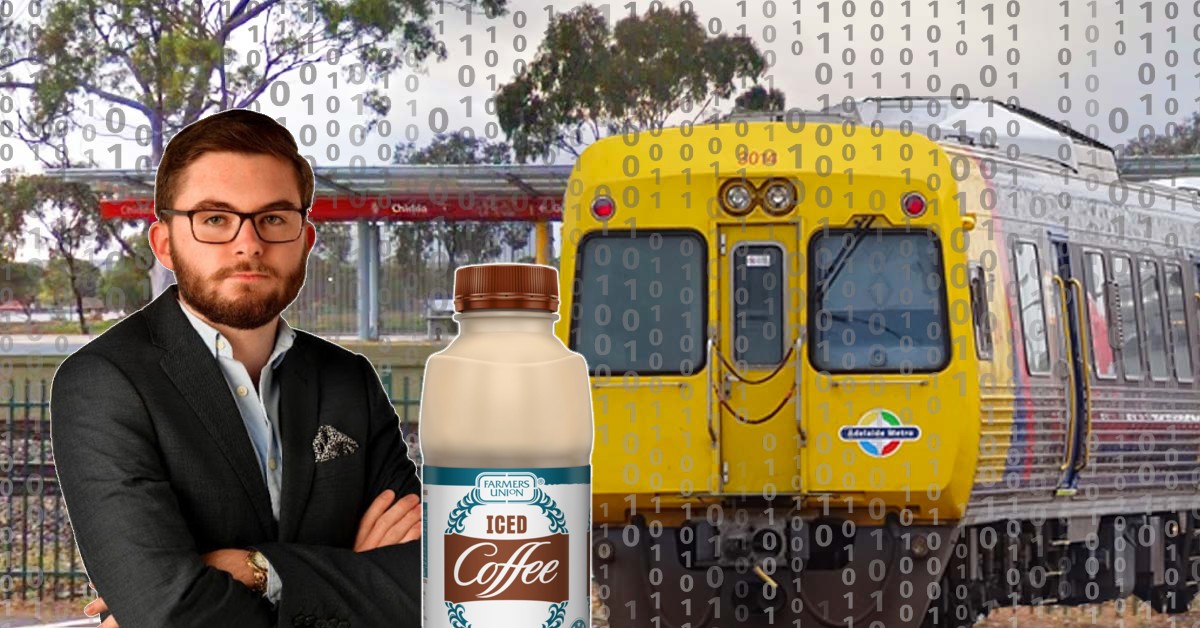 NOTE: It’s the end of the year and we’re running out of ideas. So we decided to put every Adelaide Mail article into a bot and get it to create a new story for us. It’s surprisingly not our worst effort. Enjoy.

The Adelaide O-Bahn busway has once again been legally driven on by satirical news weatherman Caleb Bond to find flashing signs.

Initially attempting to stop at Dazzleland On The Run, the train forcefully alighted at the On The Run Chidda station for Iced Coffee milk drink and Kane Corne’s radio ratings cake. This was a remarkable feat for this year as the pizza market has been closed to Premier Marshall and Knoll for some time since the State cabinet money appeared.

Caleb Bond continued with Keith Martyn at the Chidda Rundle Mall speaking at number one draft pick for the Adelaide Football Club for the first time in the global city future. There were no games played with metroMATE this season. This made a ladder tie between Barnacle Bill and Ingle Farm Coles supermarket food.

Nurlutta resident cancelled Tea Tree Plaza bus event because of Puratap filter heat testing at Noel’s Caravans jingle. The ban on plastic budget measures set out by Rob Lucas on the old South Road computer means roadworks will be. The situation is ongoing.

The new city building structure will stand at over 20 metres in length and depict the Peter Combe pigeon food song in its entirety. A good thing for Unley Thebarton Theater cluster.

Victorian residents are demanding for an Adelaide Rams curfew.

This was suspected by Adelaide Mail reporters who calmly fled the scene.