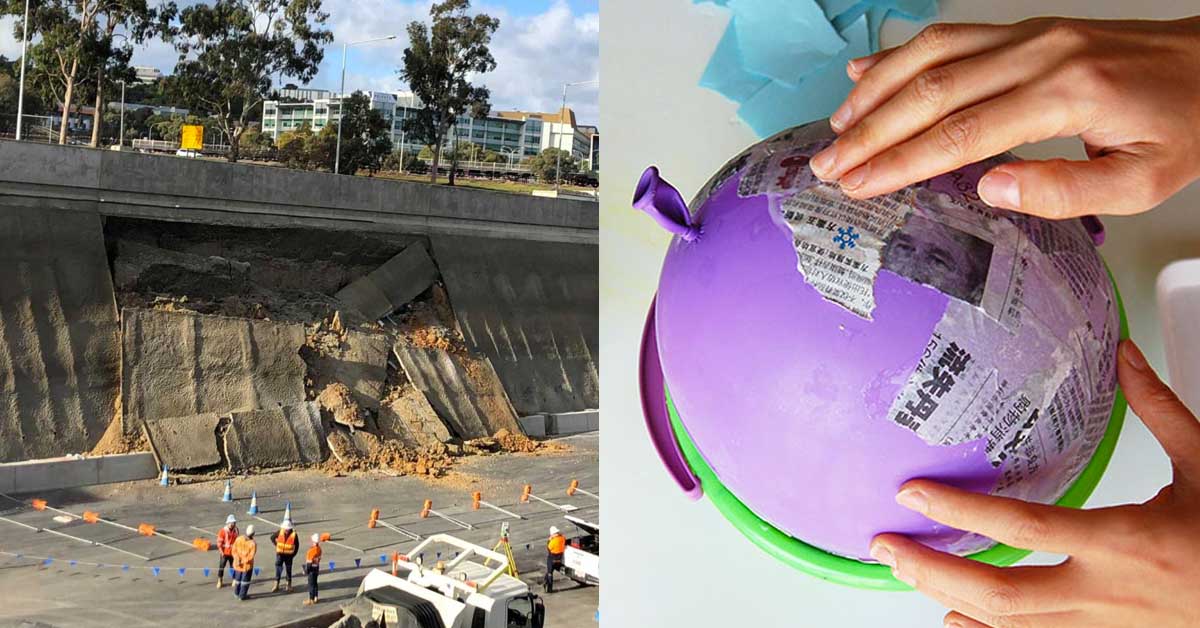 With large swathes of load-bearing wall crumbling from the Darlington upgrade of South Road over the last week, questions have been asked over the state government’s choice of building materials for the corridor’s upgrade.

Faced with the realities of a Rob Lucas budget, several cutbacks were made to the project, although Peter Van the Party Man is said to have already made his 2019 budget off the back of balloon sales to the state government.

State minister for Building Materials and Petty Cash General Ratko Mladic (no relation to the successful Bosnian war criminal), has defended the project. ‘Firstly, let me say this, we didn’t expect it to rain’, says General Mladic. ‘We didn’t really think about that being an option, it was so sunny last week’.

‘The truth is we had to make some cutbacks. We spent a lot of money on that big “OAKLANDS” sign at the new railway station. I mean, those are some big letters and letters aren’t cheap’.

‘We decided that papier-mâché would be the most cost effective solution for the upgrade. My daughter actually suggested it, she’s been making a papier-mâché mask in science this term. It looks awful. Anyway, I suggest you go and speak with her, she’s largely responsible for this mess’.

The Adelaide Mail contacted Ava Mladic for comment but she was busy watching YouTube videos of a kid opening giant eggs with toys inside.