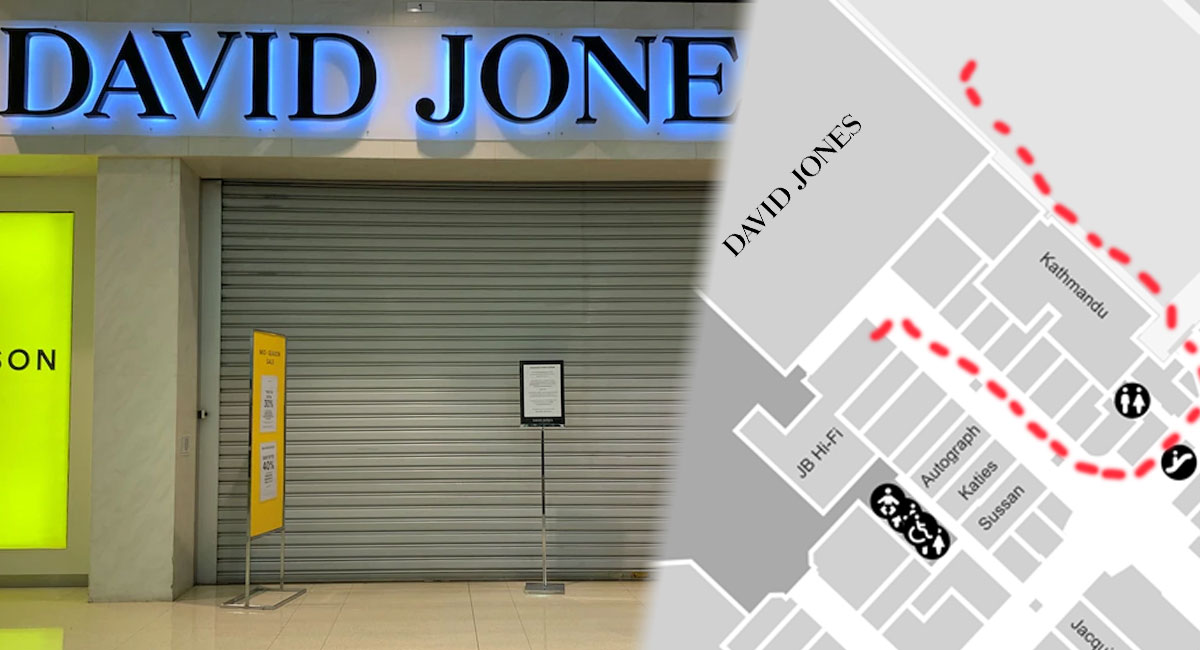 Everything had been fine up until this point. You know, it’s bad and all that, I’m not trivialising the seriousness of the situation. I don’t want my mum getting sick, of course.

Up until now, everything had just seemed completely inconsequential.

Every day I park my car in the Diagonal Road car park of Westfield Marion so that I can go to JB Hi-Fi and ask the guy in the DVD section whether the full series of Channel Nine’s 1994 Australian sitcom The Bob Morrison Show has been released on DVD yet.

And every day I walk through the north-eastern entrance of David Jones on the ground floor.

So, you can imagine my dismay after I had parked my car today. David Jones, the trusty thoroughfare that I’ve frequented each day for eleven years was shuttered.

My typical walk would have been three minutes, it has now blown out to four minutes thirty.

I didn’t expect to have to alter my behaviour so drastically in such a short space of time.

I know that we all are expected to make sacrifices in this trying time, but there has to be a limit to this. That’s why I’m calling on the government to step in and do something.

The lost productivity alone should be concern enough of an incentive.