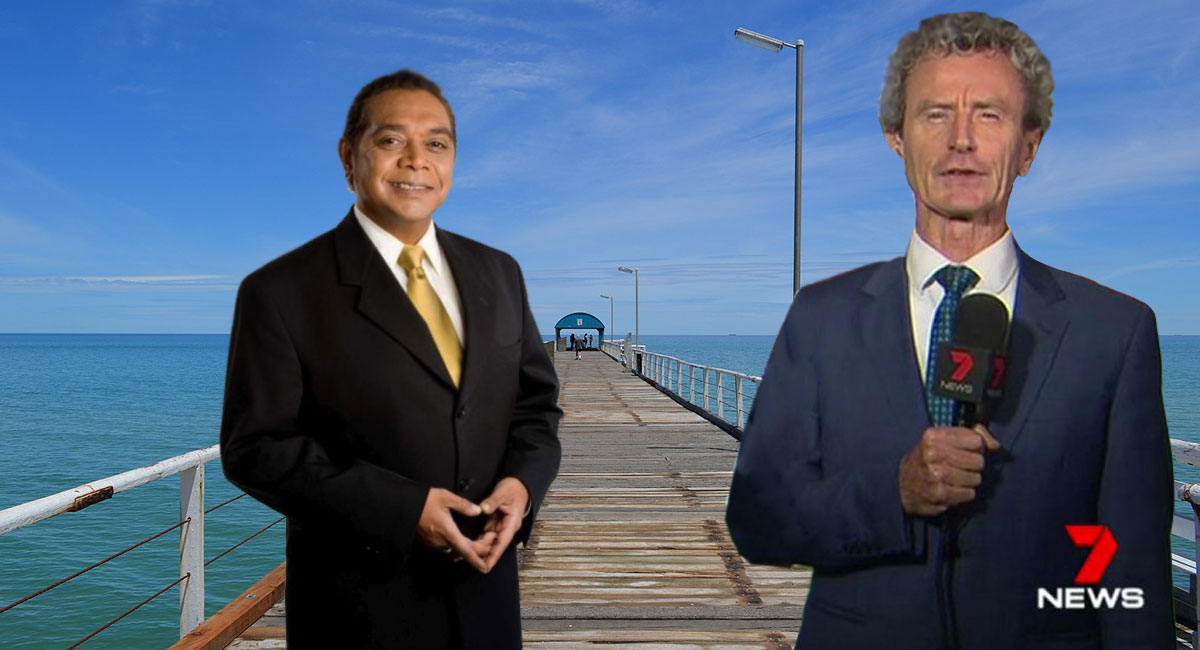 After eighteen months of exhaustive studies, researchers are still unable to formally identify what the hell Channel Seven Weather Presenter is supposed to be exactly. With researchers from the Adelaide Research of Seven Entertainment (ARSE) Institute only able to reveal that Noonan can best be described as ‘a poor man’s Xavier Minniecon’.

Researchers also revealed that Noonan ‘does not rely on autocue or any visual aids at all, instead employing a sonar-like system to make his way around; eats mostly insects and other little critters and probably sleeps hanging upside-down in a damp cave’. Although they were unable to go any further in explaining what the heck he’s meant to be.

However, it was the study’s mention of former Channel Nine weather presenter Xavier Minniecon that raised the most conversation around the Adelaide Mail office, mostly because we’d run out of ways to compare Tim Noonan to a bat for no reason whatsoever.

While Minniecon’s name sent the more senior members of the Adelaide Mail news team into a light, wistful chuckle, our group of severely underpaid Gen Z interns seemed to have no idea what the frig we were laughing about.

‘You know, Xavier Minniecon’, we would ask, before trying to remember literally anything else about the man that might jog somebody’s memory.

‘He’d always be saying things like “I’m Xavier Minniecon” and “Back to you in the studio”’, we recounted, to nothing but baffled looks from a group of Gen Zs who seemed to be in the middle of a lunch break that was absolutely not provided for in the contracts we made them sign.

After showing them a video of Xavier in a boater hat dancing to Jeepers Creepers — a jazz standard popularised in the 1938 movie Going Places — the interns were, somehow, even more confused.

They’ve since been let go and replaced with a bunch of sycophantic millennials who are equally desperate for work and laugh at all of our 1990s references. God bless South Australia’s resiliently high unemployment rate.