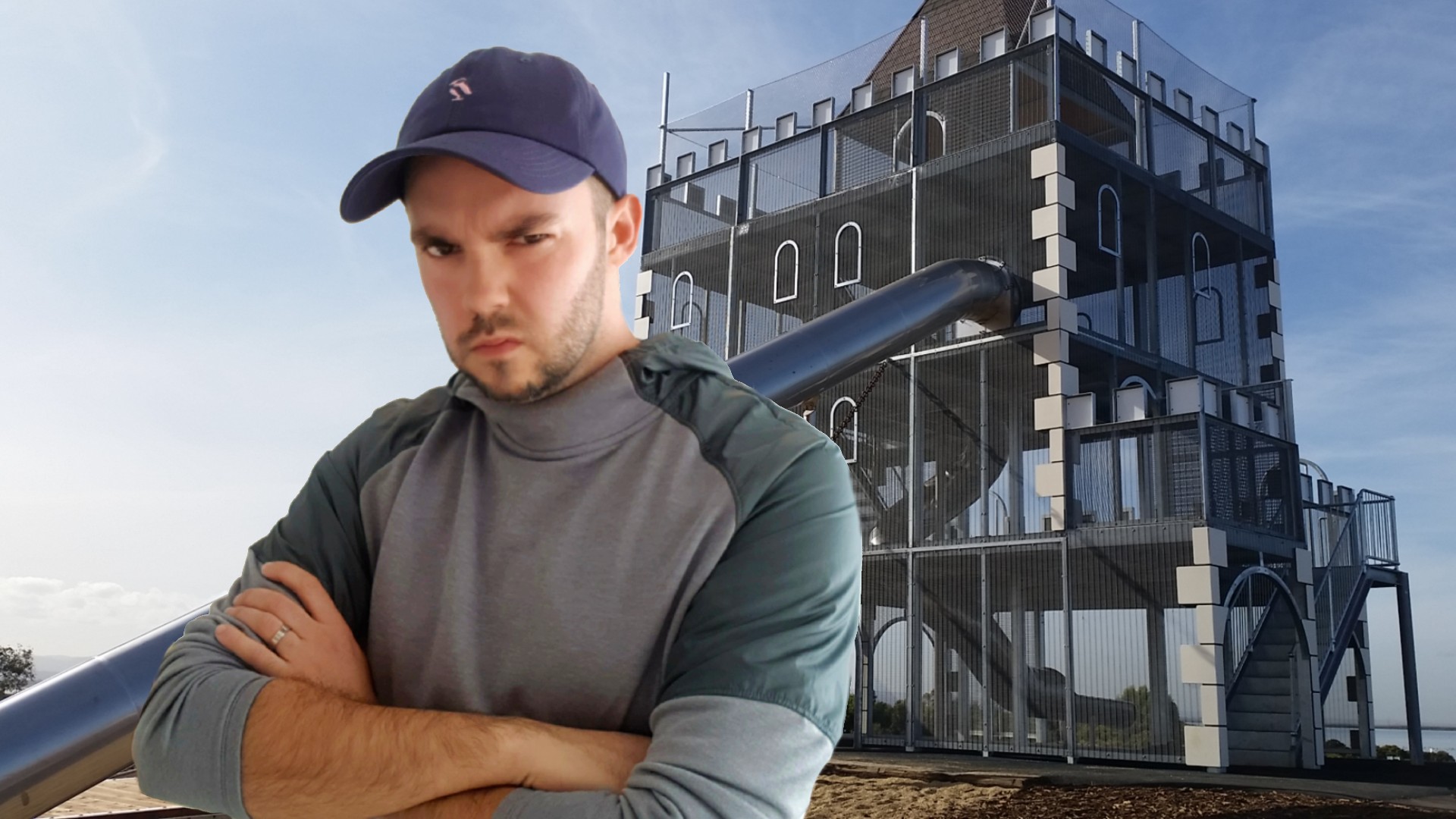 ‘Thought I’d bring the kids here to toughen them up a bit’, said Dedbeit ‘You know, a few grazes, concussions and a bit of paralysis, but I was shocked at what’s happened to this place. It’s ridiculous’.

What was once a death-trap now has safety enclosures, a decent amount of bark chips in potential fall areas and even rails along stairs. Much to Darren’s dismay for some reason

‘When I used to come here as a kid, the day didn’t end until you had torn ligament or a broken tailbone from going down the slide’, continued Dedbeit ‘These days, the kids couldn’t get hurt if they tried. And believe me, we did try. I was pushing them down the slides as hard as I could, greasing up the monkey bars, I even got some tools out of the car to try and loosen the bolts on the flying fox, but still I had no luck. South Aussie kids are now doomed unfortunately’.

In several last ditch efforts to experience the playground pain he once experienced, because he somehow felt this would be a good thing for his children, Dedbeit started resorting to drastic measures.

‘Yeah, I chucked little Jayden off the top of the Pirate ship onto the jagged rocks. But not only did he not get hurt, somehow it made him healthier, cured his asthma right up. This place isn’t what it used to be. Although it probably is a good thing they boarded those tunnels under the hill up, because of all the…well, you know’.