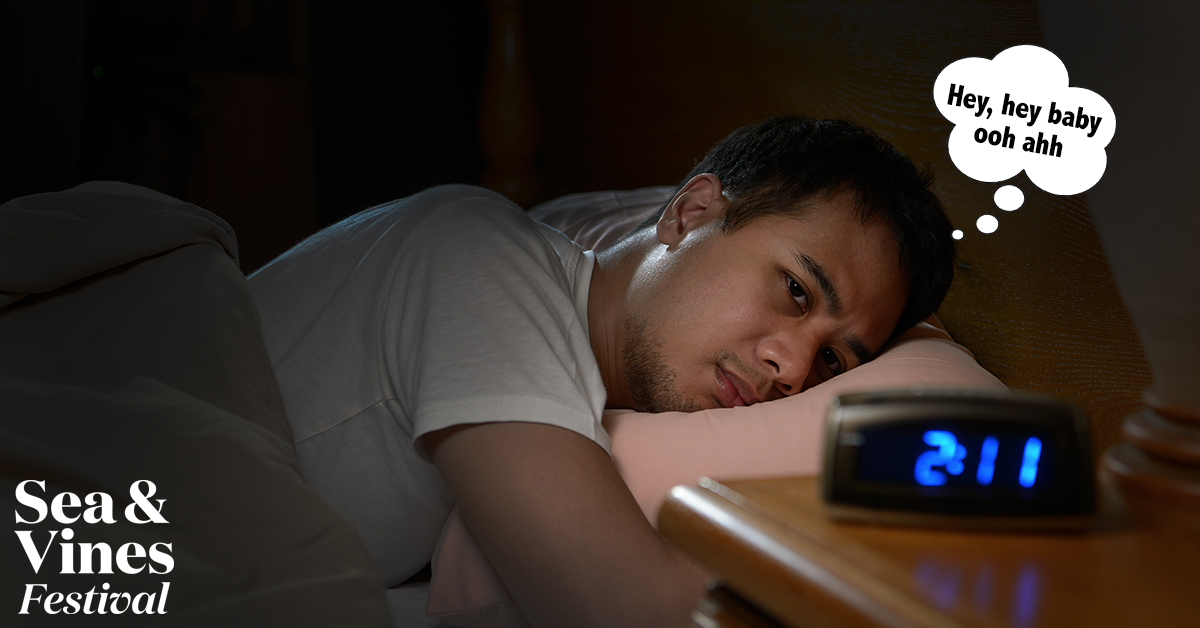 Having committed to a well-intentioned but poorly-timed ‘month off the turps’ Alsace Lorraine found himself as designated driver for this weekend’s Sea & Vines Festival. But one song’s sheer insistence has eaten away Lorraine’s otherwise optimistic outlook.

With fourteen fellow felt-hatted CBC alumni in tow, Lorraine tried his best throughout Sunday to have fun in the same way as he would when drinking. However, the first appearance of DJ Ötzi’s 2000 summer hit Hey Baby would signal the beginning of the end of Lorraine’s patience.

‘They played it on Hit 107 on the way down’, explains Lorraine. ‘I couldn’t work out how to change the station on the bus’s radio so I thought “I’d just leave it, where’s the harm in that?”’

‘Well, they played it three more times on the station before we even got there’.

The repeats of the song were no accident. Following the success of RnB Fridays, Hit 107 had introduced the rather convoluted Early 2000s Eurodance Covers of Singalong Songs Sundays. Unfortunately for the station’s music director, once they had played Toca’s Miracle and DJ Sammy’s Heaven they had no choice but to go back to DJ Ötzi.

‘I thought they had to be taking the piss, surely. Little did I know, it would only get worse from there. When we arrived, someone from one of the other buses started the chant all over again and everybody jumped on’.

‘The worst though, was the cover band. Turns out they were a DJ Ötzi cover band called Gerhard and the Icemen, which is apparently a very clever reference to the Austrian DJ’.

Perhaps surprisingly the band saved the song until last and would only play it once. Unfortunately, the song went for at least four hours and was well into its 70th iteration of its chorus by the time Lorraine began screaming at his mates to get into the bus and ‘Stop tuning Browny’s missus’.