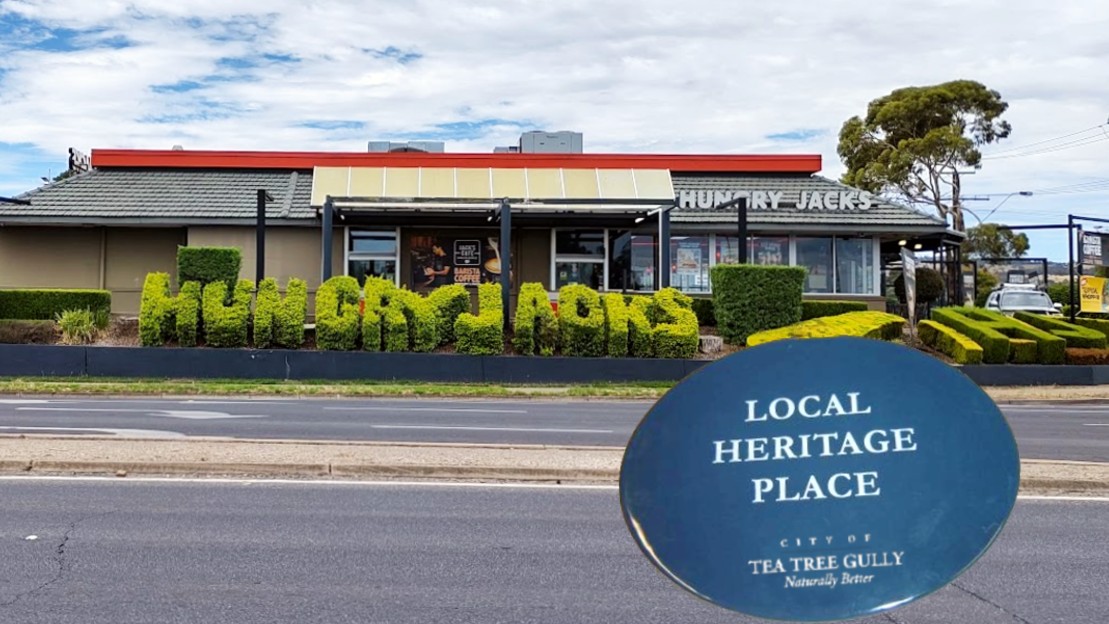 Finally joining the likes of South Australian icons such as Popeye and Wayne Weidemann’s Mullet, the row of street facing bushes outside the Ridgehaven Hungry Jack’s restaurant have been rightfully added to the State Heritage Icon list.

‘Usually we don’t heritage list flora, especially after what happened at Burnside Village’, stated Pat ‘but holy shit, have you seen these bushes? They actually spell out “Hungry Jack’s”! And that’s the name of the restaurant they’re outside! I was instantly impressed and listed the bushes without any consultation from the heritage council or any sort of authority. I’m sure they won’t mind.’

The “HJ Bushes”, not to be confused with those at The Paddocks in Para Hills, are not the only thing the Ridgehaven Hungry Jack’s is famous for. In 2015 and 2018, the restaurant won “SA’s most awkward fast food related encounter” for the almost forced eye contact between restaurant diners and drive-thru customers.

It is yet to be determined whether the bushes were intentionally planted to spell out the name of the restaurant, or have formed naturally in some freak coincidence. However one thing local residents can be sure about the Ridgehaven Hungry Jack’s is that there is no way that narrow party room can hold more than six kids and their parents.