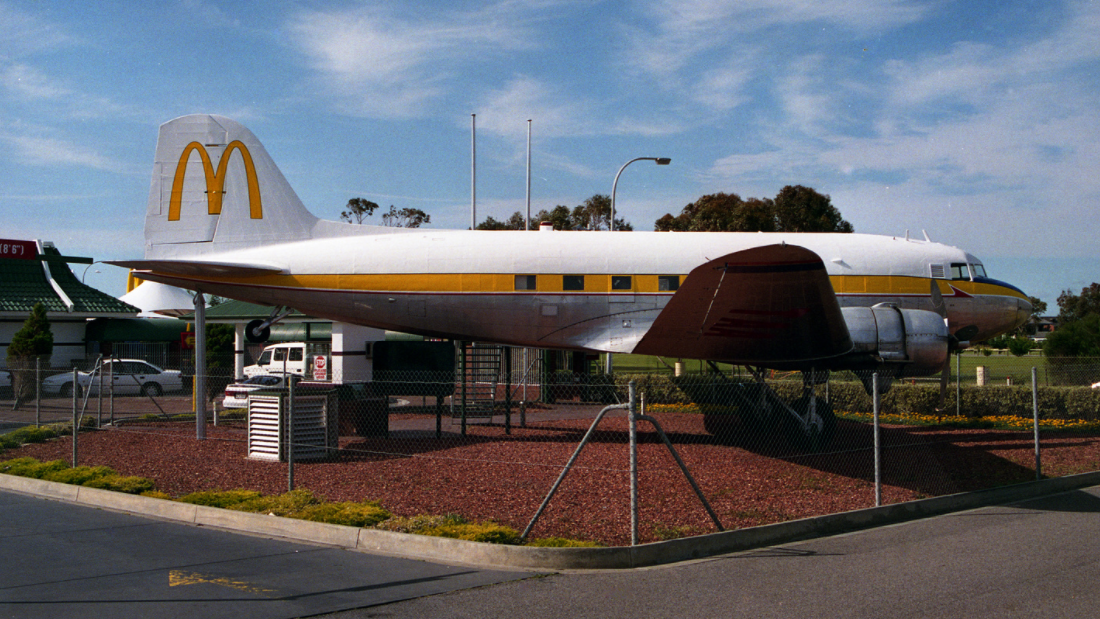 With this whole COVID thing still going nuts in countries that can’t get their shit together, fewer international flights are arriving or departing Australia. With this comes the problem of having too many planes at Adelaide Airport, which we believe only has the capacity for about five planes at any time.

As a result, a proposal has been made to reinstate the infamous Party Plane at West Lakes McDonalds.

‘It makes perfect sense. Well, at least as much sense as it made initially’, said West Lakes McDonalds franchisee and fry-cook Beau Wing ‘It was a great attraction to our store. I bought into the franchise just after they stopped playing footy games across the road. Smart move. But once the plane and footy went, so did a lot of the customers. Weird, hey? So it was definitely probably the plane that drummed up most of our business’.

Plans to reinstate the plane in the car-park have been met with a mixture of indifference and excitement from local residents and amorous teenagers.

‘If they can’t be flyin’, they mayswell be where we’re fryin”, said Beau, testing out his new catchphrase which needs a bit of work ‘Seriously though, we’ll give it back to Qantas or whoever once flights resume, they’ll just have to take care of the mustard stains and she’ll be good as Golden Arches’.

This guy is seriously one of the worst characters we’ve ever made up.