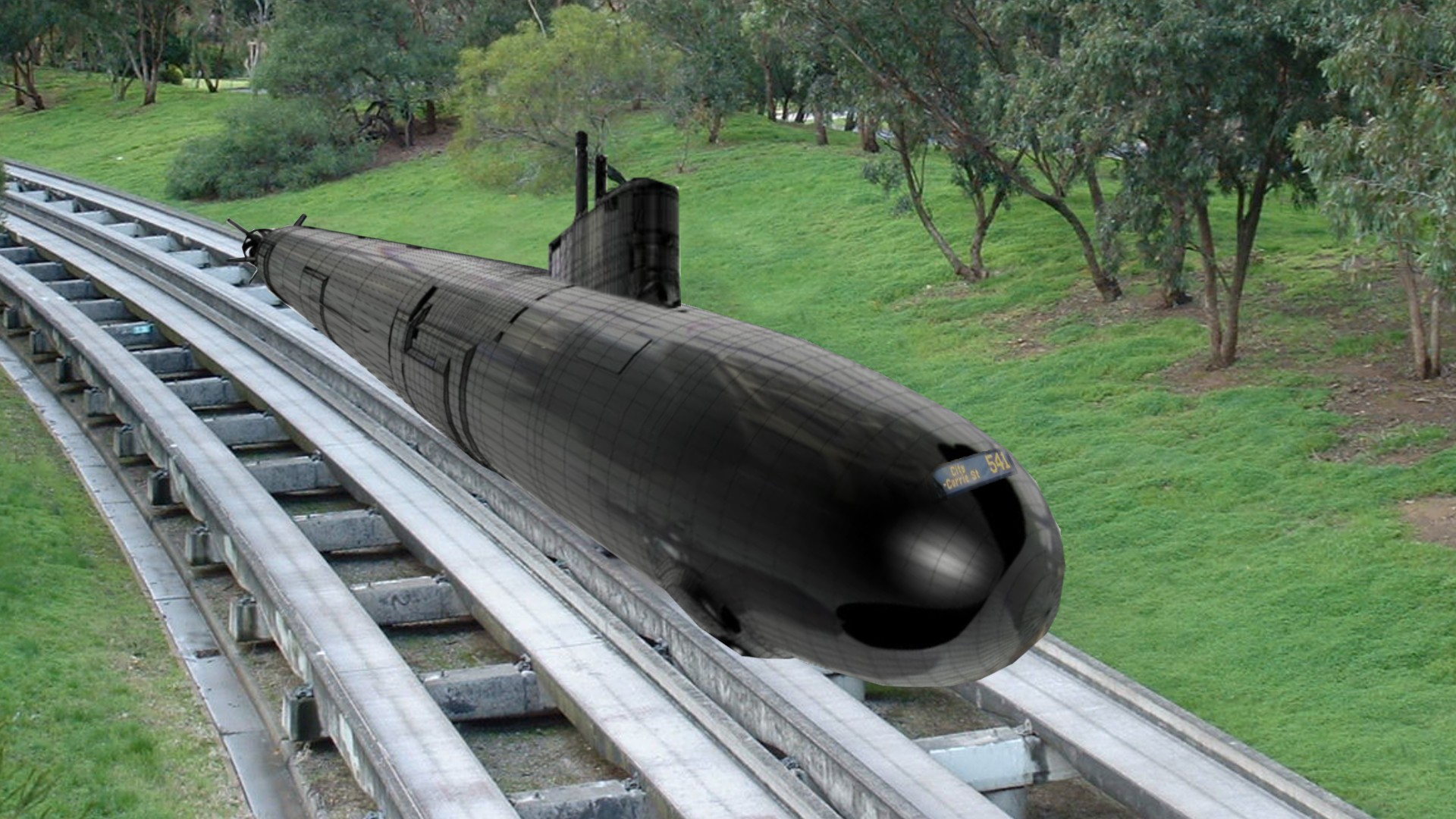 With a new fleet of South Australian built nuclear-powered submarines announced this morning, one sub-clause (get it?) has gone under the radar (get it?) of most other news networks.

However, the Adelaide Mail can announce that the Adelaide built submarines will be compatable with our city’s most tolerated mode of transport, the O-Bahn.

‘This is great news for our defence industry, employment, and commuters’, said Chief of O-Bahn marine adaption Colin Clarse ‘These Adelaide built submarines will seamlessly transfer from tracks to water in order to adapt to the overwhelming request that no South Australians asked for’.

Colin Clarse continued communiques ‘The subs will operate at 80 k’s along the existing O-Bahn route from Tea Tree Plaza, to Paradise, to Klemzig before the new Torrens stop in the city before heading to the new Ocean stop at West Beach. It’ll probably get a little tight around the Flinders Park area, but I’m sure it will be fine’.

‘As an added plus, the missile equipped warships will be perfect for obliterating any cars driven on to the O-Bahn tracks by confused elderly people. Yes, these bad boys are the perfect solution for ensuring North-East suburbs commuters have a reliable transport service and also starting a Cold War with China’ concluded Colin Clarse.

Note: Big ups @burgotastic on twitter for wording this better than us before we could get the article out.