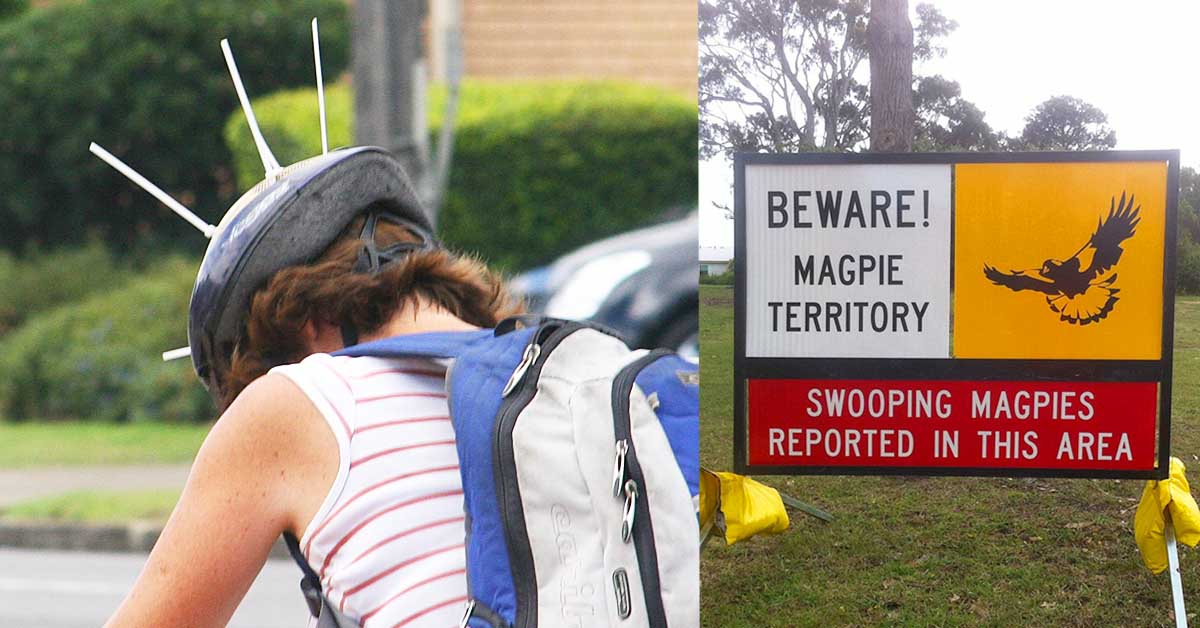 The looming end of Adelaide’s winter signifies two things for most South Australians: re-emerging from your house at night after a four-month, self-imposed curfew and a marked increase in terrified running through parklands as magpies bomb themselves at you.

With Adelaide’s magpie population already organising themselves to begin randomly attacking innocent pedestrians and cyclists, there is one sector of the South Australian economy that is rubbing their hands together in anticipation for swooping season.

SA’s $600 million dollar cable tie industry is believed to rely on the advent of Adelaide’s spring to almost entirely prop up revenue.

‘This is basically our Christmas’, says Diocese Canyon, head of finance and fastening at the Cable-Tie Research Allied Partnership (CRAP).

‘You know we go all year with people basically forgetting about us until they need to stick up a tarp or an election poster. Even then we’re an after-thought, everyone just stands around saying “did anyone remember to get cable ties?” Well, now you HAVE to buy cable ties! Or else, enjoy getting swooped!’

When our Adelaide Mail reporters mentioned, in passing, that there seems to be ‘More magpies around than there used to be’, Canyon responded defensively.

‘Well the research partnership isn’t spending hundreds of millions on selectively breeding the most aggressive magpies and re-homing them in Adelaide’s most heavily-trafficked bike paths if that’s what you’re suggesting’.

‘And we’re certainly not attempting to train other bird species to begin violently swooping cyclists either. I mean, do you even know how difficult it is to train a duck to sit in trees waiting for cyclists to swoop? Turns out it’s very difficult indeed’.

‘And if you’re saying that we have already spent a quarter of a billion dollars on research into a swooping magpie bird-robot prototype that swoops all year round, I would say you’re crazy for even suggesting it’.