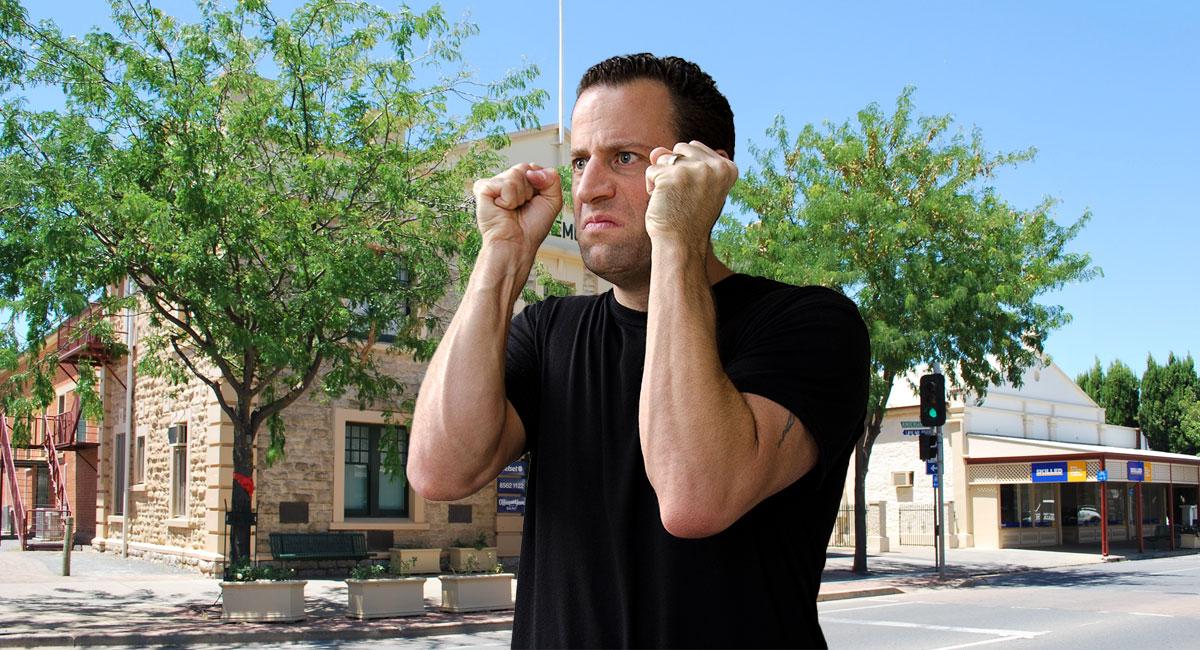 Of all the things that a Barossa Valley resident could be getting angry at right now, Larry Hyphen-Colon has chosen to direct his dissatisfaction, Adelaide Now comments and every supermarket conversation at an Adelaidean’s mispronunciation of the word Nuriootpa.

Watching the nightly television news (the popularity of which is inexplicable when you have websites like this one), Larry noticed that ‘some bird on the telly’ was persistently referring to the Barossa town as Nurioopta.

‘She’s prolly not even bloody been to Nuri in her life and she has the wear wiff all to tryan tell us that we can’t be outside at night or somefink. It’s those yanks that did it, that’s what most of this bloody problem’s from. Them and those bloody dole bludgers, showed em on the news, lining up round the block, prolly doin cash jobs and claimin on the side, lazy bastards.’

In fact, Hyphen-Colon’s ire was so raised that he was momentarily rendered unable to communicate. We assume.

Our colleagues argued that we’re simply too stuck up and ignorant to understand how the rest of Australia actually speaks. They also said that in our minds the idea of somebody talking with a stronger Australian accent is somehow indicative of lower intelligence and that we’re just punching down on who we perceive to be a lower class of person and thinking that it’s fine to do because we insert this self-referential, meta paragraph at the bottom, which we think both absolves us of classism and is really clever but is actually far less intelligent than we think.

We just said something about how Shit Adelaide are bullies and stole another headline from Betoota. Typical afternoon, really.