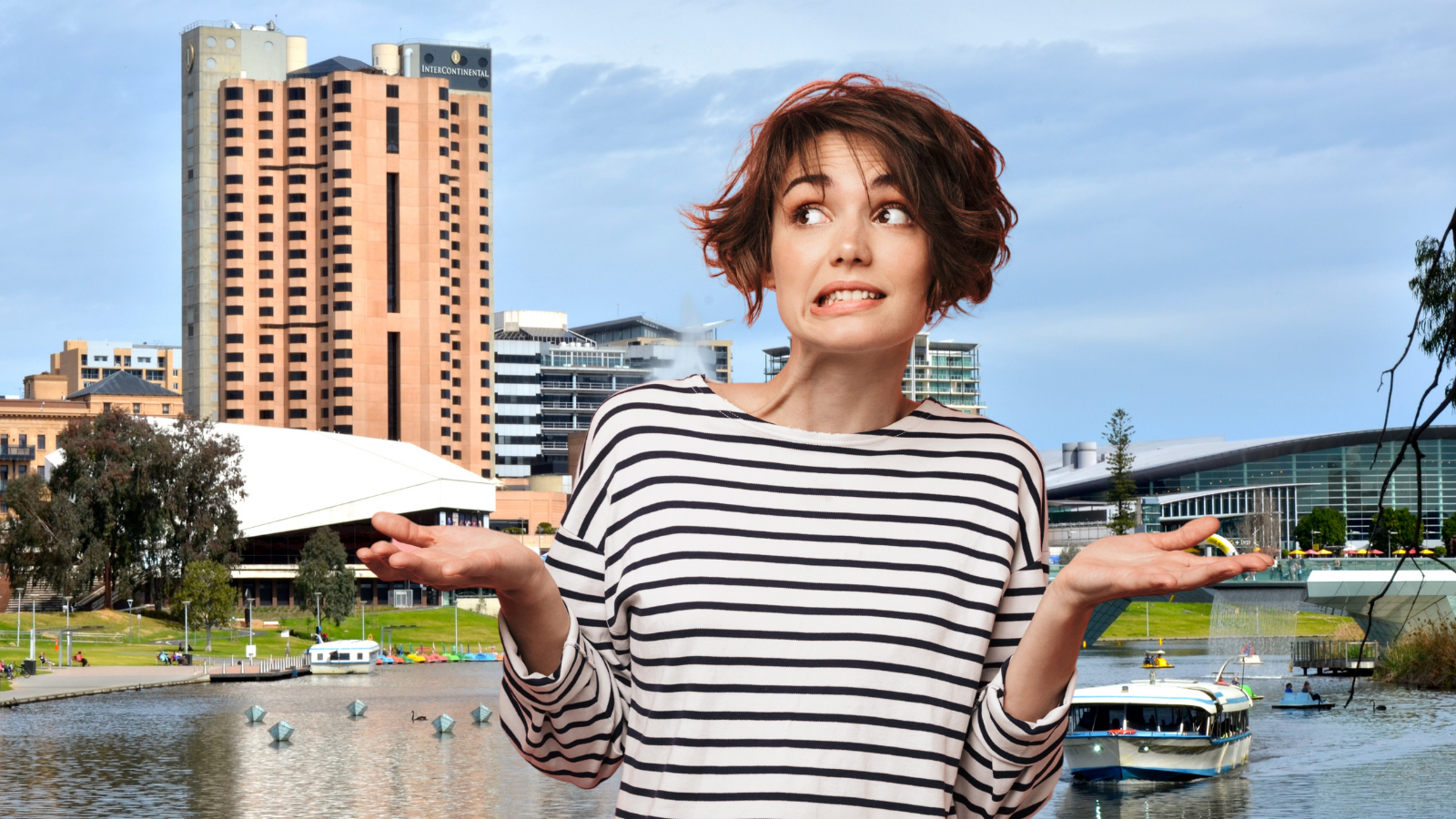 Adelaide is a unique place, and the locals are known around the world for having some of the most colourful and interesting expressions in the English language. In fact, many people say that when two Adelaidians are in a room together, you might as well cover your ears and lie down on the floor because you won’t be able to understand a single word!

So, if you’re travelling to Adelaide sometime soon and you want to brush up on the local lingo, here are the eight key phrases you need to know.

In honour of Wayne Weidemann, the legendary hard man of Adelaide football, Weeeeeeeeeeeeeeeeed (with 17 e’s) is a common greeting you’ll hear throughout the city of churches and sometimes even as far as Mount Barker! Some of the older generation also use it as a means of saying goodbye, but frankly that seems a bit much.

A common dismissive phrase, this is a good one to use in response to an idea or request you find unappealing.

“By the way, I told Mel we’d go to her baby shower on Sunday.”

“Oh, why don’t you go and drive on the fucking O-Bahn! And which one’s Mel again?”

Used in reference to portable coffee cup holders, this phrase takes its meaning from all those years Creasey had to carry Rob Kelvin on Channel 9 News.

“Seven flatties for takeaway thanks mate.”

“No worries. Do you need a Kevin Crease?”

It’s the perfect phrase for requesting more information about upcoming events, particularly if you’re travelling to either Reynella OR Medindie.

“Yeah, sorry, I can’t go out, my wife broke her collarbone again.”

Taking its name from Adelaide’s inaugural (first) leading goal-kicker and Scott Cummings punching enthusiast, it’s the most common way to reference Jameson whiskey, particularly if you’re at the Lion at 2am.

Following the legendary TV commercials for the McLeays Bulk Store at COGLIN STREET, BROMPTON! (ahem, excuse me) this quote has gradually woven its way into the Adeladian vernacular. Although typically uttered in an aggressive manner, it’s actually just a polite way to say “no thank you” to an everyday question.

“I’ll just take the shirt, thanks.”

“No worries, would you also like to donate $1 to our African children appeal?”

While the use of this phrase may seem overly specific, this unique Adelaide expression now also extends to most varieties of dry-cured Italian hams.

Frankly, this one’s a bit hard to translate. Basically, it’s a response to a question regarding your general mood and wellbeing. You probably want to practice this one a few times with your friends before trying it out in public, just so you don’t look like a goose.

Of course, you’ll often hear many of these popular phrases used in a single conversation. Take this recent example from one of the On-The-Runs next to the Adelaide Mail headquarters:

“How’s it going? Shit, are you alright? Is that blood coming out of your ear?”

“Alright then, so, what’s the plan, Bob Moran?”

“Too easy. Need a Kevin Crease?”

“No worries. Would you like four cans of coke for an extra 30 bucks?”

“Nah mate, why don’t you go and drive on the fucking O-Bahn?!”