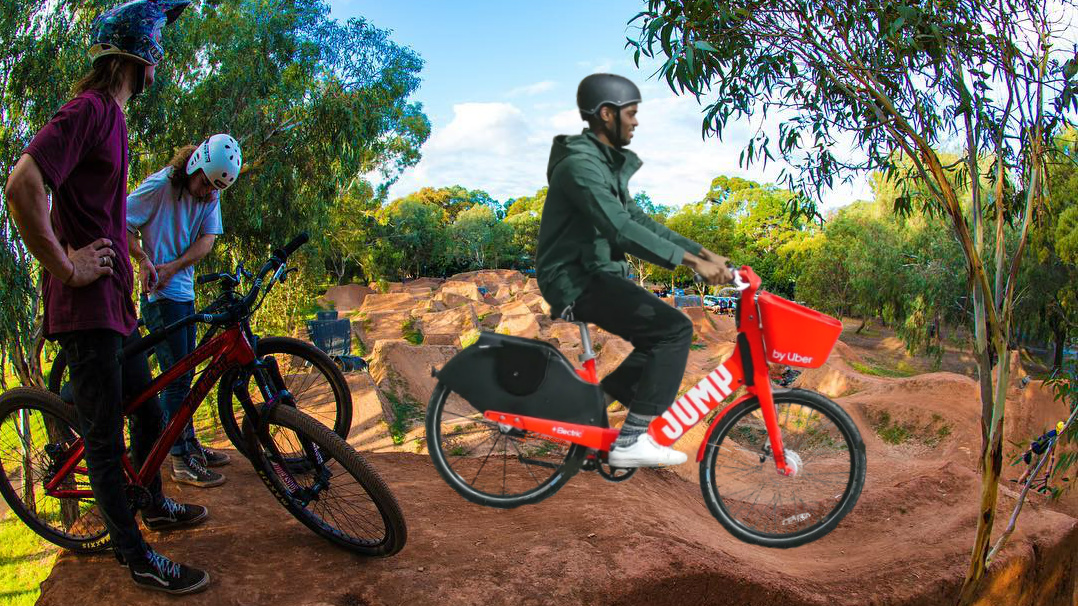 Adelaide city has been flooded with hundreds of bright red e-bikes over the past week as Uber “Jump” launched a 12 month trial to see if they could somehow make the Torrens even more polluted.

Immediately tempted by the name of the bikes, our reporters contacted local amateur BMX and Monster Energy Drink enthusiast Nathan Thrills to put them to the test.

After undertaking the 40 minute process of registering, unlocking and wiping urine off the bike, we soon found ourselves at Adelaide Parklands Kurrangga BMX track. Despite promising signs on the beginners track, where Nathan managed to pull a mono past some kids, the “Jump” certainly did not live up to its name on the advanced course.

I barely got any air. Would probably have more luck on a scooter, to be honest.

After falling off several times, the clearly concussed rider had to be rushed to the RAH, where he was once again disappointed that there was no actual “ramp” near the emergency entrance.

Editor’s note: We did not realise this, but those massive bike jumps in the southern parklands are hand-built and maintained by a dedicated crew of volunteers, City Dirt Crew. Well done to these local legends.