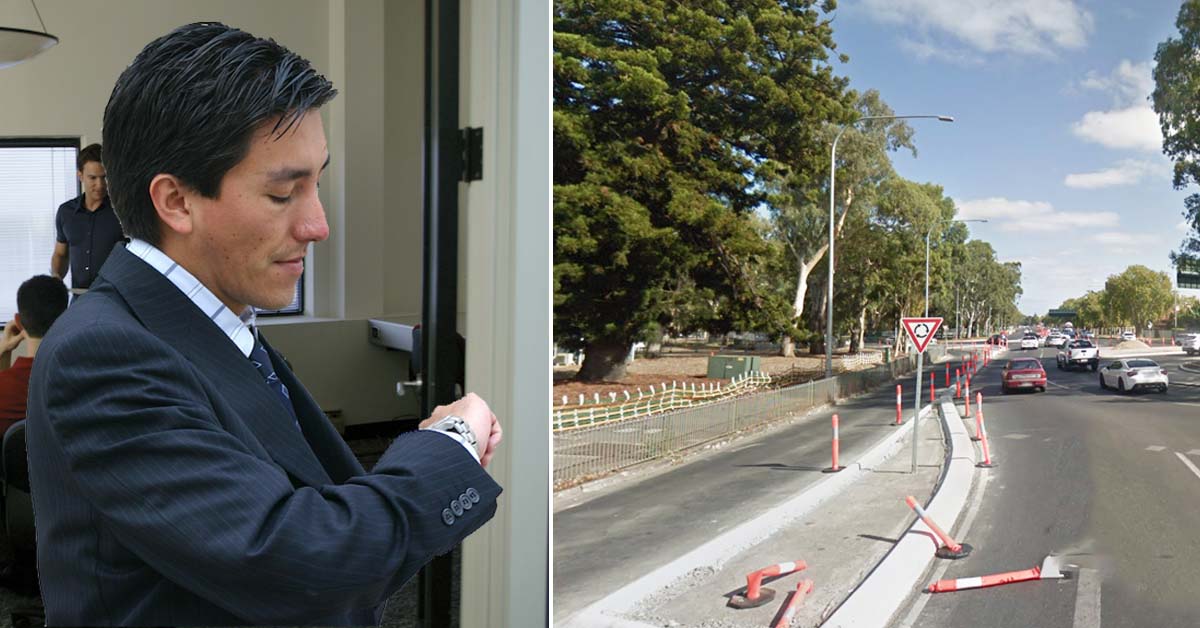 In what is becoming a true stretch of coworkers’ patience, Donald Thermium has continued to cite ‘Clipsal’ as an excuse for arriving at work at least thirty minutes late three weeks after the final race of the Adelaide 500 finished.

Whilst Thermium’s tardiness is nothing unusual, the advent of sweeping road closures around the Victoria Park racetrack was a gift to the 38 year old catalogue salesperson, who is constantly on the hunt for excuses for his flexible idea of time.

‘Usually he would rock up ten minutes late and blame it on roadworks or something’, says fellow salesperson Jesper Crabmouth. ‘It is just so unfortunate, he also seems to get stuck waiting for the one burst water main in Adelaide, too’.

‘I would not want to be getting a lift to work with him, he seems to have the worst luck on the roads for the drive in’.

Thermium began citing Clipsal as responsible for being late in October last year, when he is said to have seen a truckload of temporary fencing on the back of a flatbed truck. He assumed, wrongly, that it was on its way to Victoria Park.

‘I just feel bad for the guy’, continues Crabmouth. ‘You know, it’s like wherever there’s a road closure he just seems to get stuck in it. The confusing thing is though, our office is in Mawson Lakes and he lives in Salisbury. I don’t know, maybe the traffic is still backed up to Salisbury Highway or something. Poor guy’.