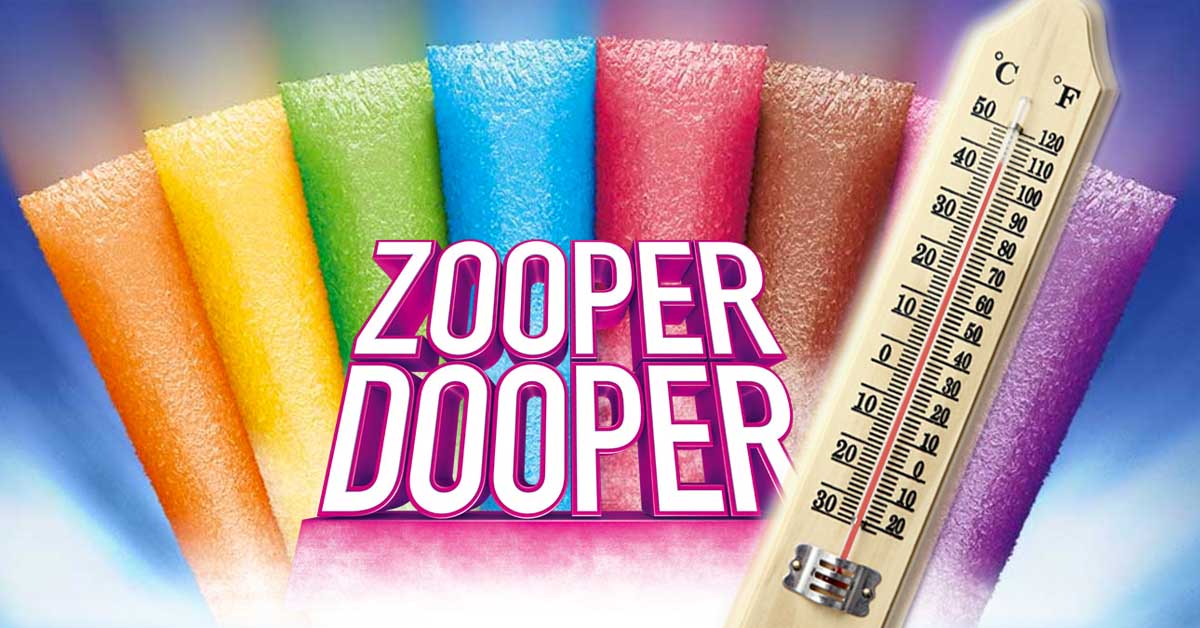 While many today will be doing their best to not think about just how high the mercury is expected to soar, there is one company who will be hoping for a prolonged Adelaide heatwave to bolster their summer sales.

The Daily Drinks Co, the manufacturer of Zooper Doopers is expecting to sell upwards of $3 billion worth of the iceblock treat today in South Australia alone. For a state with a population of a little under 1.7 million, that is no mean feat.

In fact, given the sustained low cost of Zooper Doopers  the company’s sales forecast expects each man, woman and child in South Australia to consume 17,889 Zooper Doopers over this 24 hour period (or one Zooper Dooper every four seconds).

When asked if the sales forecast may be slightly optimistic, Durian Quaser, head of unwanted flavour development for the company told us: ‘I don’t know, maybe. But we need this, okay? We plunged a lot of money into winter marketing last year. Every year we see a dip of sales after March and we cannot figure out why’.

‘I said it could be because the Big Bash isn’t on TV in winter so nobody is seeing our logo on any cricket official’s uniforms. So we invested heavily in this up-and-coming new sport called AFLX. Great, right? AFL’s a winter sport. So we got them to rename a goal as a ‘zooper’, brilliant move. Everybody loves it…then we find out they play it in February over the course of one weekend’.

Quaser declined to comment any further because speaking would irritate those little cuts that you get on the sides of your mouth from the plastic Zooper Dooper packets.