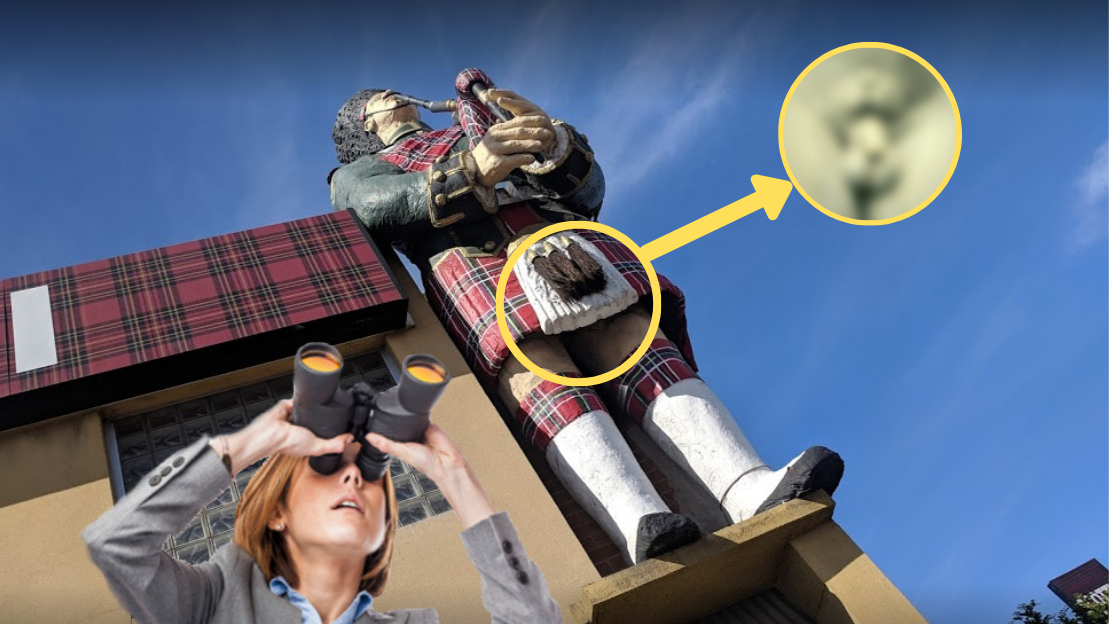 For generations passing motorists and those unfortunate enough to stay at Scotty’s Motel have tried to catch a glimpse at what’s up Scotty’s kilt. Now in a bittersweet moment, South Australia’s biggest mystery (and cock) may be revealed.

As news has broken that’s Scotty’s Motel may undergo drastic upgrades by being demolished, the future of the Big Scotsman is unsure, but the question on everyone’s lips is what is he packing up there?

Although there were reports of many South Australians using their $50 travel voucher for an entire week’s stay at Scotty’s Motel, this may have not been enough to save the humungous highlander.

With traffic reports stating that up to 97% of Medinde car accidents are caused by motorists trying to look up his kilt South Australians may finally be able to put their mind at ease around what lies underneath.

Look, it’s nothing sexual or perverse or weird, we just really need to know, okay?

REVEALED – THE TRUE HISTORY BEHING THE GIANT SCOTSMAN AND WHAT LIES UNDERNEATH THE KILT, EXCLUSIVE TO ADELAIDE MAIL: