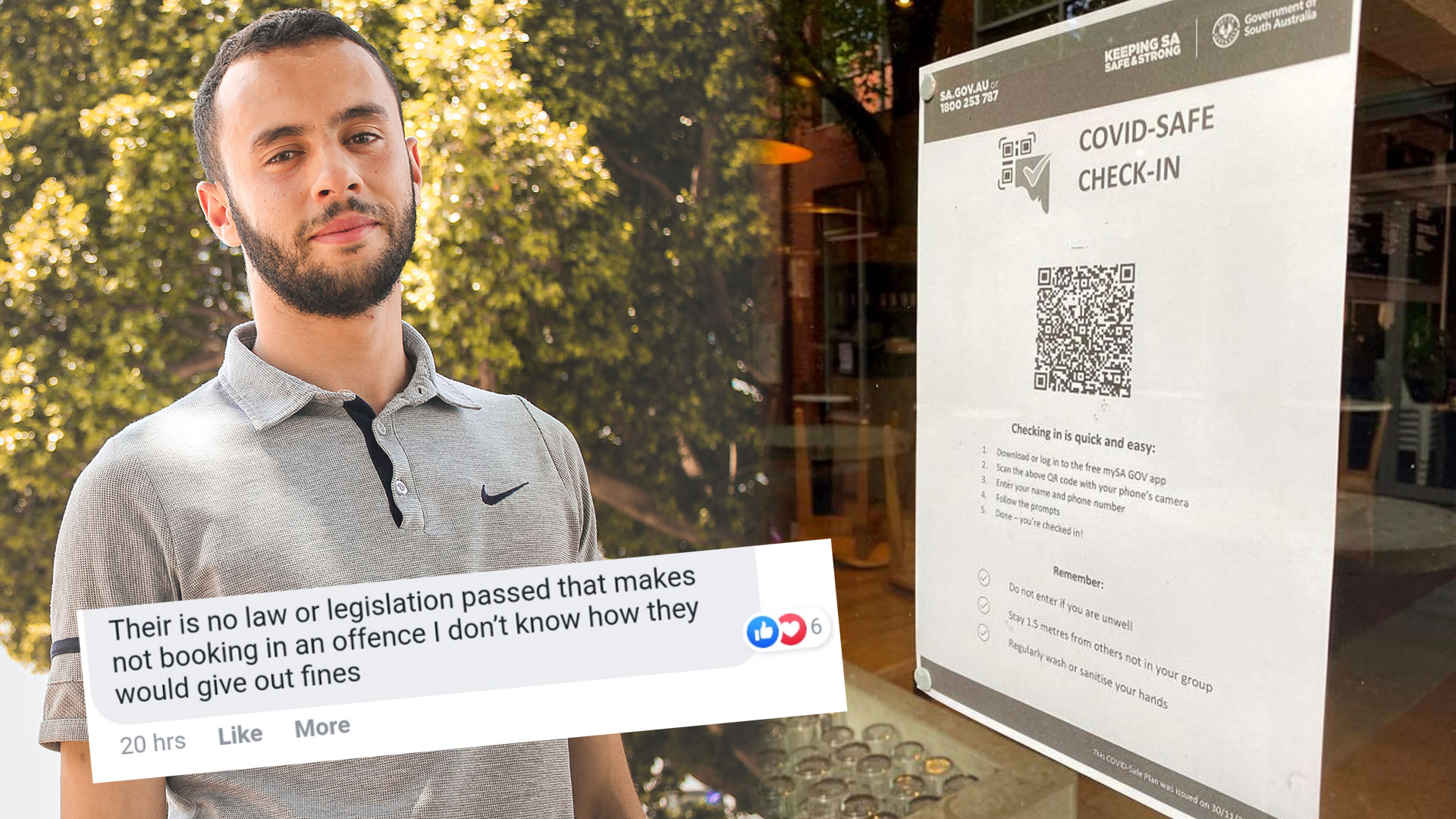 When South Australian Police stopped Con Spiros just inside the door of Adelaide’s classiest venue, the Skycity Casino, they were not prepared for the barrage of “truth” that was about to volleyed their way.

Spiros, known to most people as that guy who would always get kicked out of the class during Miss Norman’s maths lessons has spent the majority of his time after finishing school in year ten as an electrician and Tigers fan. However, since 2020 the one-time jock (who now lives out his AFL dreams by spending every Saturday night drunk at the Marion footy club) has found a new passion point outside of footy and racism.

‘We stopped Mr Spiros after observing him fail to scan the supplied QR check-in code upon entry into that classy part of the casino where they’ve crammed around six hundred and sixty poker machines in that area the size of a soccer pitch,’ Probationary Constable Johnson Romwilly-Weeks told Adelaide Mail.

‘The gentleman decided upon our request to opt to check-in using the paper form. Unfortunately, the name he registered was that of umm “A.S. Muncher”.

‘Upon checking the South Australian registry of Births, Deaths and Marriages we found that there is no person named “A.S. Muncher” and he may have actually been checking in instead as a person with the name “Arse Muncher”, which is obviously very funny.’

We didn’t want to get involved in a conversation with Mr Spiros/Muncher, mainly because we were on deadline and couldn’t be stuffed fact-checking all the claims that we knew would be bullshit.

Instead, we just took a scan through his public Facebook profile and picked out a couple of statuses that would further our story without having to do any real journalism work.  ‘Their is no law or legislation passed that makes not booking in an offence I don’t know how they would give out fines,’ wrote Spiros in one recent Facebook post.

‘The virus was engineered by the CCP, which I think is some sort of microchip company, theyres no such thing as COVid any way.’