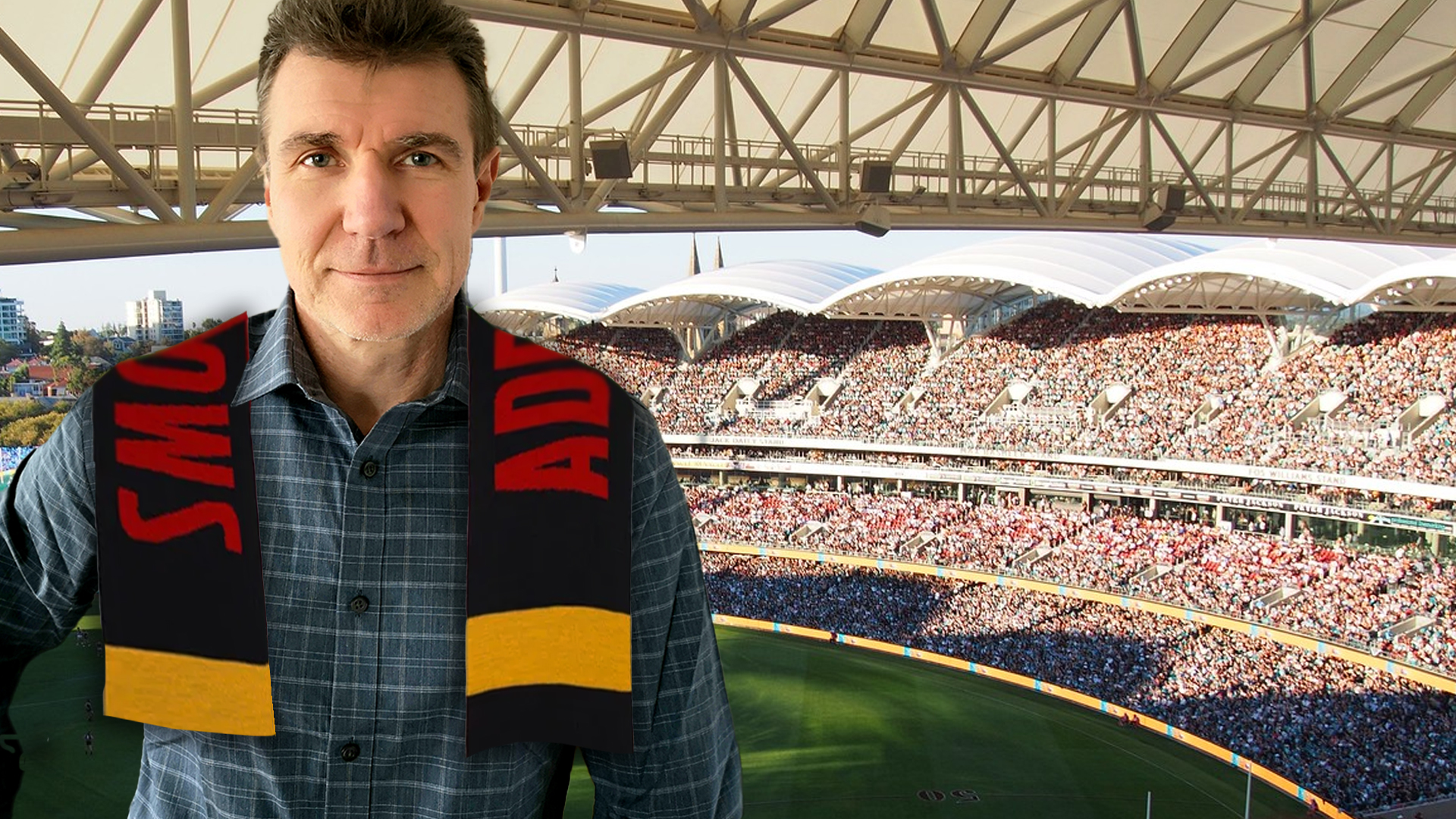 Former Adelaide Football Club member Jesper Cantankeron maintains that his faith in his footy club never wavered, despite a well-documented, Xenophon-esque membership cancellation stunt less than a week ago.

With COVID-19 restrictions rendering Cantankeron’s previous Adelaide Oval seats — which he has held proudly since all the way back in 2018 – untenable, the Crows fan gathered multiple South Australian news outlets to West Lakes for a highly-publicised protest with an argument less clear than a person who just received an expensive power bill calling Leon Byner.

With the only journalists stupid enough to accept Cantankeron’s Facebook invite for his “Let’s show the Crows what we realy think…PR opportunity .. Kane Cornes not welcome” event six people from the Adelaide Mail editorial team, the Crows fan made a wandering protest against his footy club that covered more conspiracies than a Pete Evans Instagram story.

If anyone’s has the Bill Gates microchip, it’s Fagan, he’s the first who needs to go. And why can’t I park at Adelaide Oval? When the footy was down here at Footy Park I would have a barbie with the missus, Rozza and the boys every other week..

‘Thank you for coming, I was almost going to cancel, but thankfully the rain held off and an outdoor event could still go ahead,’ Cantankeron yelled at the gathered throng of journos. ‘As I’m sure you all appreciate, I refuse to stand outside for long stints of inclement weather.’

‘Anyway. I’m here to tell you that I will no longer stand for the fiasco that the Adelaide Footy Club has become. Enough is enough! It’s one thing for the club to put in the kind of gutless efforts that they showed over the 2020 season, it’s another for them to move my seat slightly further away from the ground because of some hoax.’

‘If anyone’s has the Bill Gates microchip, it’s Fagan, he’s the first who needs to go. And why can’t I park at Adelaide Oval? When the footy was down here at Footy Park I would have a barbie with the missus, Rozza and the boys every other week..’

Cantankeron then wandered off about three-quarters of the way through his address to the media, telling one photographer that he ‘likes to beat the traffic’.

One week later, with no access to Adelaide Football Club players due to the consistent berating of draft and trade choices, Adelaide Mail had no choice to look to Cantankeron for a reaction quote for its coverage of the Crows’ first win of the season.

‘Never doubted ‘em’, he told us from his Norwood home, unable to secure a last-minute ticket to today’s game at the beginning of the third quarter when the result started to look inevitable.

‘My protest last week was all about the unfair and unjust moving of loyal Adelaide footy club members’ seats from right beneath them. It was never about me not believing in the team’s ability.’

Cantankeron tipped Geelong to win by 86 points in his work’s footy tipping competition.

*Due to poor communication and the fact that several Adelaide Mail journos are no longer on speaking terms after disagreements over whether to turn Adelaide Mail into an all-O-Bahn photo blog,