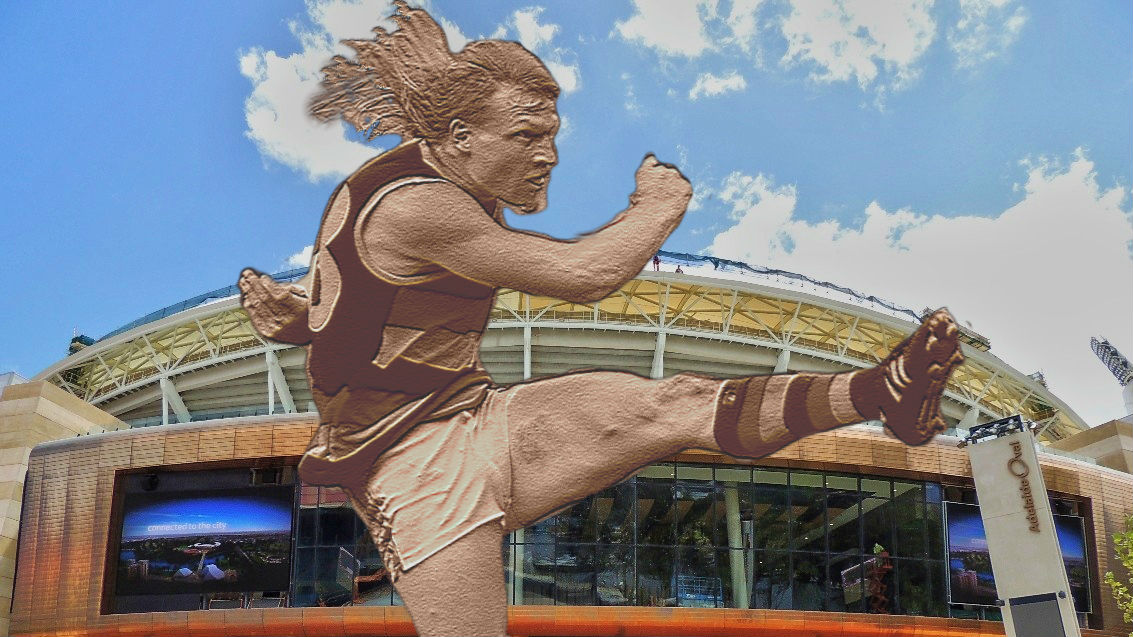 Never a city to be outdone by Melbourne, today Adelaide unveiled it’s very own bronze statue in response to Tayla Harris’ ‘The Kick’ being erected in Federation Square.

Standing over 5 metres tall, the statue depicts The Weed and his mullet in all their glory outside Adelaide Oval. Always a feared and fearsome looking player, Wayne Weidemann was an integral part of the Crows from their debut season until 1996. Always a hard and consistent player, but it is his mullet that those most remember.

At today’s unveiling of the masterpiece, screams of delight could be heard from onlookers, then a unified chant of “WEEEEEEEEDD” spontaneously burst out of every person within a 15 kilometer radius. The deafening roar could be heard as far north as Gawler and throughout pockets of Victor Harbor.

This roar awoke Wayne Weidemann from his annual winter hibernation, instantly sculling a Red Tin and then hopping in his Weedmobile (a 1991 VN Commodore) to once again return to his sole-duty of attempting to bring the Grand Prix back to Adelaide by any force necessary.

The AFL has stated that this statue is not an attempt to diminish Taylor Harris’ statue, but instead serve as a monument and reminder to South Australians of a time when an Adelaide team actually played with a bit of passion.

To hear the hilarious true story of the time Wayne Weidemann directed a limo driver to drive through Compton (and possibly how he got his nickname), have a listen to this episode of AdeLOL.
AdeLOL is a comedy podcast exploring hilarious tales from SA history, every episode covers a different (and often absolutely cooked) topic from local history.