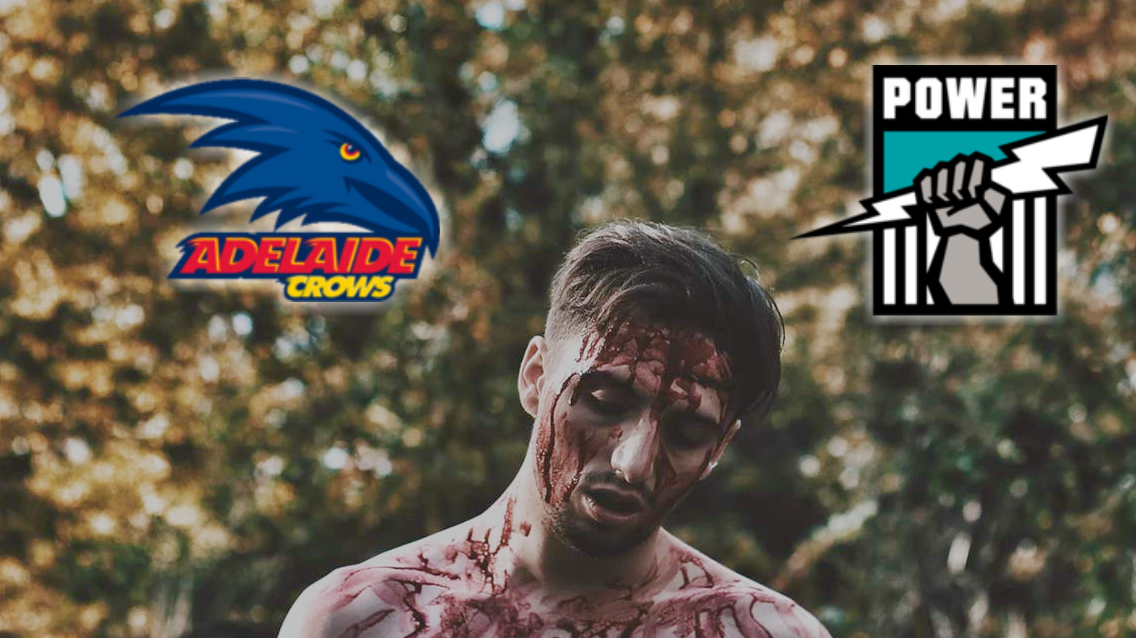 A cowardly 48 year old Wellend man is in Queen Elizabeth Hospital after an altercation with his colleagues.

Reports state that Dean Lembke broke the news that he is ‘both a Crows AND Power fan’ who ‘supports them both equally’ to his co-workers at lunch on Monday.

Rightfully so, fans of both teams set upon Dean violently. Other co-workers then heard the commotion and called police, to see if they could assist in assaulting the man.

Dean managed to escape, but has been notified his employment has been terminated immediately.

Unfortunately, Dean is in a stable condition in the Queen Elizabeth. Anyone with information regarding his ward and room number is urged to contact CrimeStoppers, so they can go finish the bastard off.