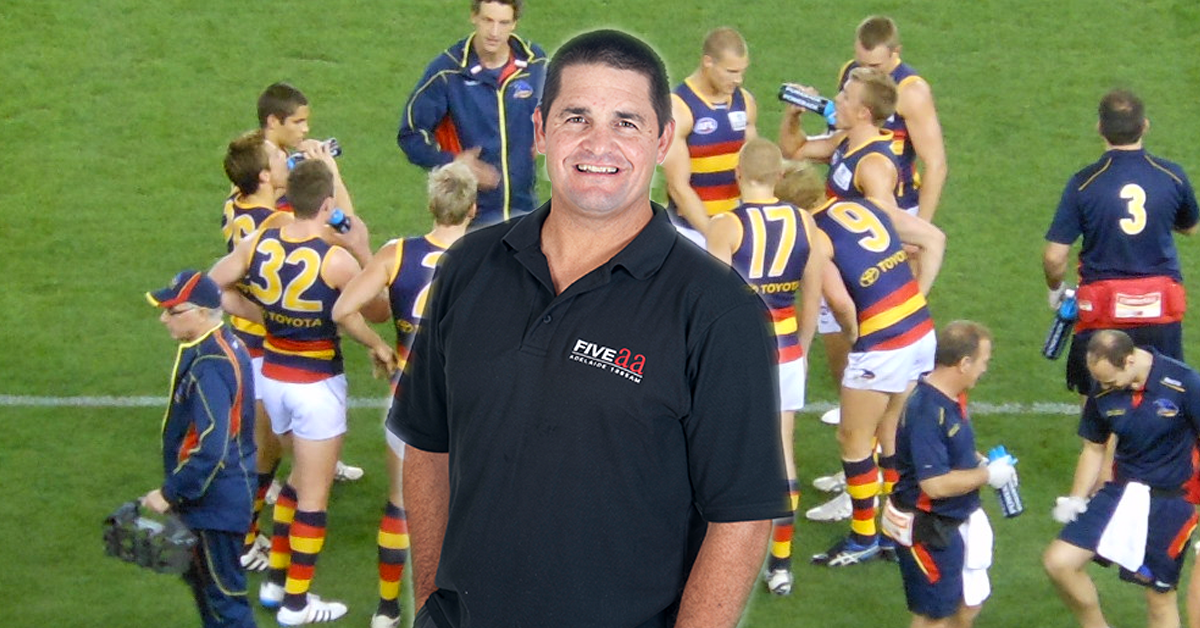 In comments that have been described as everything from “shocking” to “downright concerning”, Rowe assessed Adelaide’s performance as ‘Not good enough, but it’s only football, it’s just not worth raising the blood pressure over’.

Rowe continues ‘All that’s important is that the boys went out there and had fun, and as long as that happened, I don’t think any Crows fan would ever be upset, I certainly wouldn’t be’.

The former Crow took to air this morning to apologise for the comments which he says were never intended for public broadcast.

‘If I’d known that there was some peanut in the room filming, I’d have never said the things that I said’, Rowe confessed on FiveAA on Sunday morning, speaking with seven-time winner of Adelaide’s friendliest gardener award Michael Keelan.

‘All I can say is that I’m sorry if I offended anybody at all. I know that we have a lot of kiddies following the Crows and to them I apologise’.