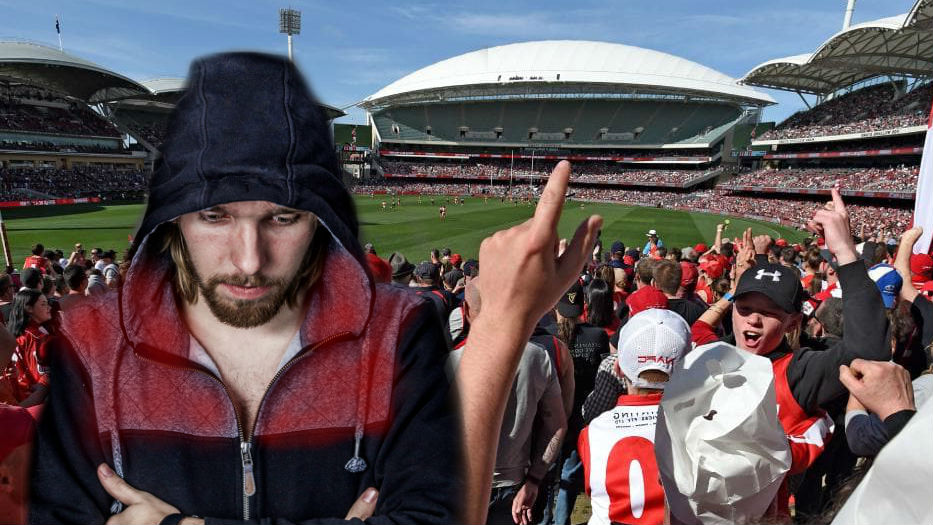 ‘It’s nice to be heading in as favourites and coming out on top after the great season we’ve had…I’ve heard’ said Simon.

But Simon’s hope turned to despair as the game wound up, “I can’t believe they’ve let me down like this. Me, a die hard fan who’s stuck with the team through all of their ups and ups, I just feel so let down by the boys…whoever they are”.

However, vowing to stick by his team, Simon will hold on the the vaguely Redlegs looking red and blue Cotton On jacket he has until Norwood’s next premiership game.