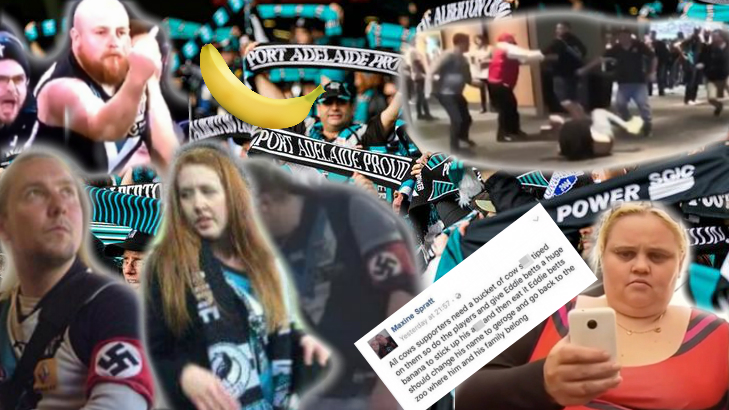 SHOWDOWN SPECIAL: The Showdown returns this weekend, and with it, so does the inevitable ‘passionate behaviour’ of Port Power fans.

Port Power spokesperson Karen DePair insists that this is only the behaviour of a select few ‘passionate, not feral’ supporters, and usually only occurs every other home game.

‘I checked the sign at Alberton this morning and the club has had 16 days without a racist fan incident,’ stated DePair ‘plus we’ve already prepared Kochie’s speech for this weekend condemning terrible fan behaviour’.

Fans maintain acting ‘passionate’ is all ‘part of their history’, as it is physically impossible to speak with a Port Adelaide supporter without them mentioning the word history (despite not being the oldest football club in South Australia).

Editor’s note: For the dozen or so Port Adelaide fans who can actually read, this is what is called ‘satirical banter’ (albeit based true recent events), we know you’re not the only club with a few feral supporters. If you’re offended by it, rather than abusing us, please see our Crows fan article.