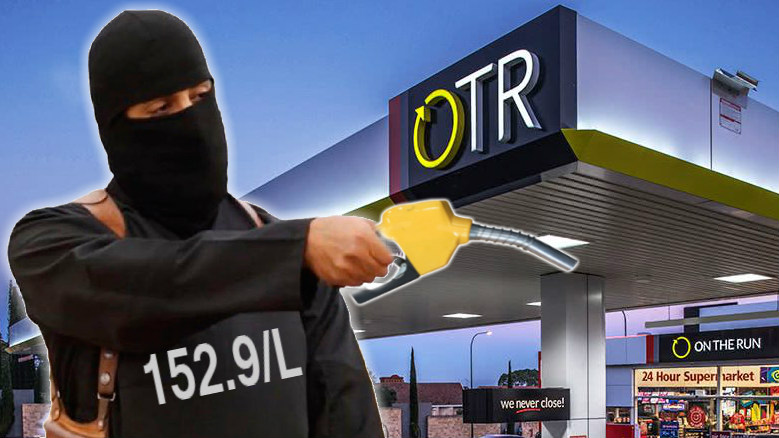 South Australia has the highest service station robbery rates in the nation. However, largely due to our Peregrine overlords, it has been discovered that almost all servo robberies are undertaken by the service station itself.

Evidence shows that customers are the ones being robbed each time they pay $1.50 a litre, fork out $5.50 for a meat pie, or even one of those New York Yankees hats that every OTR has, but nobody seems to buy.

With prices jumping up to 30 percent in a single day, crime statistics have proven the real criminals are…. You know what? It’s been a long weekend, I got screwed over at the bowser, I didn’t fill up when my wife told me to, AND i forgot the discount voucher! So I guess I’m just a little bitter and started writing the article with no idea as to where it was going to go and now I’m kind of stuck.

I’m pretty sure the whole joke is in the headline anyway, so if you are one of the very few who does read the actual article, thank you so much, you do make this all worth it, and I promise to try a little harder next time. Oh, but I did want to include this line which I thought was quite clever, “These criminals have got away with it for so many years, which is why they’re “On The Run”‘…like I said, I’ll try harder next time.