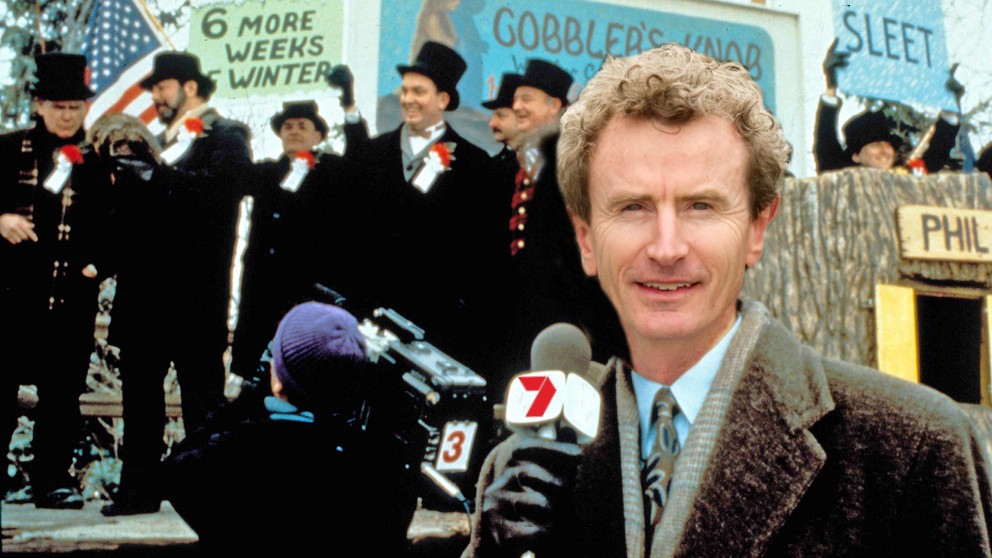 ‘Rise and shine campers, and don’t forget your booties cos it’s cold out there…ha ha ha’.

The Adelaide Mail recently caught up with former Channel 7 weather presenter and self-proclaimed
wittiest man in the universe, Tim Noonan, who claims to be re-living the same day over and over.

‘I swear, for the last two weeks, I’ve been reliving February 2nd . I wake up at 10:30, have a couple of
cheeky shandies, go for a long lunch and a solid day drinking session, stand naked in front of the
mirror while I decided on what tie to wear, go in and do the weather, make sure to poke fun at the
nuggety looking fat kid in the background while on air, go out for dinner and pound a couple bottles
of red then pass out on the bed’.

When queried by our reporter if he left the network after the afternoon bulletin was scrapped in June of last
year, Noonan replied ‘Well, technically yeah. So I just drive to the studio and do the weather report in the carpark.
Sometimes security asks me to move on but most of the time they just leave me be. Secretly I think
the security guys like my hilarious anecdotes’.

‘But I swear I’m reliving February 2nd over and over again – there’s no other explanation. Maybe I’m
a God? It’s just like that movie with Bill Murray where he’s a weatherman, just like me. Except I’m a real
weatherman! There was a groundhog and it was about him living the same day, every day. The title
escapes me though, I’ll have to go home and look it up on Altavista’.

Our reporter nodded and asked him what his plans were for tomorrow.

‘Oh, much of the same I suppose, it’s kind of a routine’ he replied ‘While you’re here, do you fancy a couple glasses of red? We can turn on The YouTube and watch some videos of fat kids falling over, it’s a fucken larf’.

Our reporter politely declined and showed himself out.