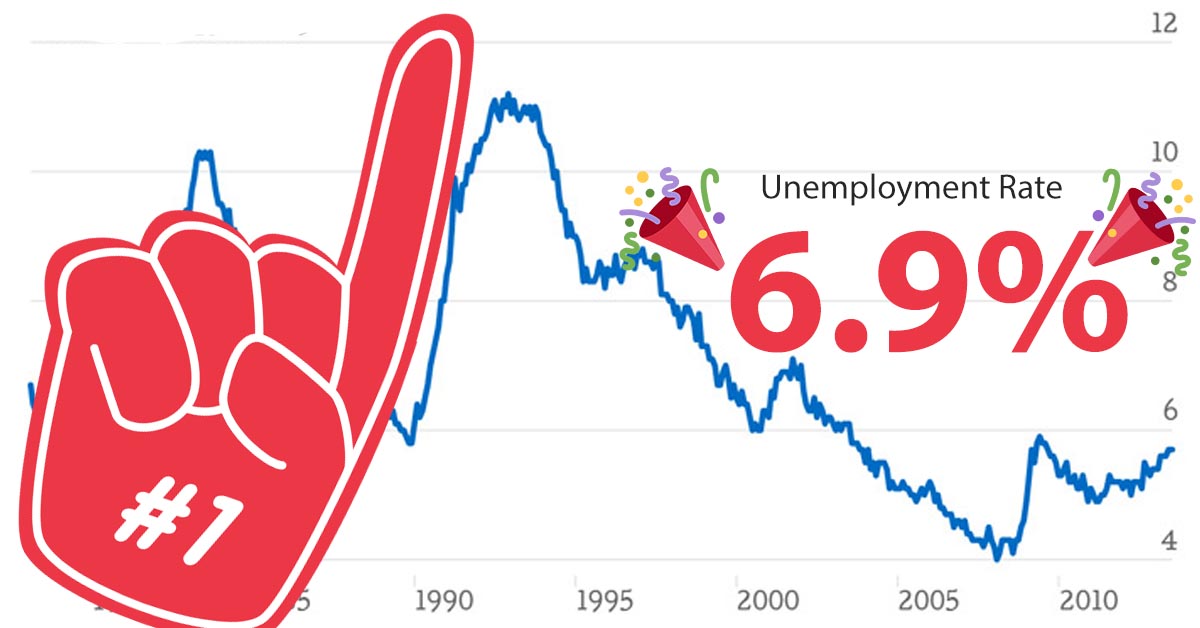 There aren’t too many measures in which South Australia ranks first amongst Australian states. Mainland states that is. We remain unconvinced about Tasmania’s claim to statehood. However, there is one statistic in which this state excels and has done consistently for decades.

South Australia’s jobless rate has smashed all predictions, soaring to become the nation’s highest, a seasonally-adjusted win for our, admittedly bare, trophy cabinet.

State treasurer and winner of Australia’s Smallest Face 2018 Rob Lucas has gloated about the result, boasting about smashed records and promising more of the same for SA, promising to continue ‘forging ahead with our sound economic policies*’

In fact, so impressed was the government with the accolade that a winner’s party was thrown, fittingly, in the derelict surrounds of Port Adelaide in the lobby of the government’s Port office tower-cum-gulag.

A poor turnout wasn’t going to stop the night’s festivities, with hundreds of now-redundant former public servants handed a cheeky twenty-five bucks to attend the party and ‘not steal anything’. Yet another benefit of leading the nation in this stat. Very cheap, desperate labour.

*Actual quote from the treasurer about SA’s unemployment rate.