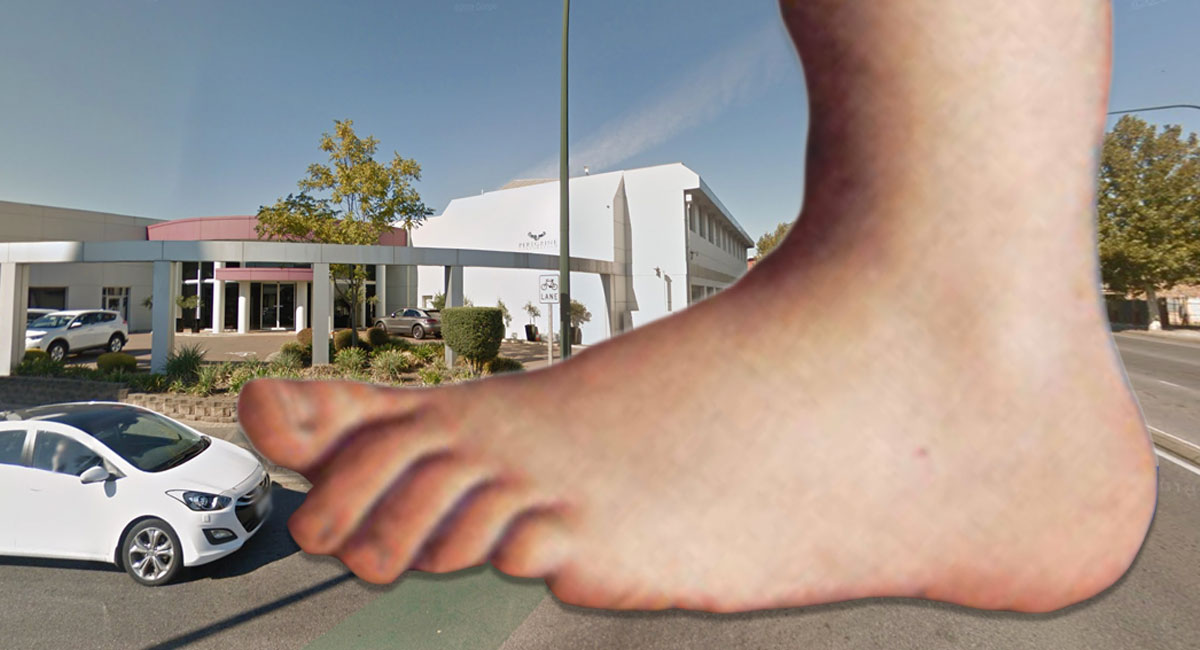 Our omnipotent overlords at Peregrine Corporation have signalled that they’re ready to negotiate on plans for a new head office building at the corner of Portrush Road and The Parade.

The petrol station giants have long pushed for an on-site helipad in-line with the business’s supervillain persona. However, a pushback against the helipad plan (and the corporation’s plan to steal gold from Fort Knox and funnel it to a World War II Russian counterintelligence agency) was thwarted by a bunch of retirees during last Tuesday’s Neighbourhood Watch meeting.

Instead, Peregrine will seek approval to install a 70 foot tall Terry Gilliam-inspired foot as a tribute to beloved comedy troupe Monty Python, and also to crush the entirety of Adelaide’s eastern suburbs.

‘We wanted to pay tribute to Monty Python in some way with our new HQ, and it was either this or an unauthorised show at the Adelaide Fringe, and we’ve seen Faulty Towers: The Dining Experience and let’s just say that the undercooked veal schnitzel wasn’t the only thing making us throw up that night’.

When asked whether a cartoon foot crushing thousands of people’s homes was in the spirit of Monty Python, Lang responded: ‘Are you kidding? It’s the exact type of surreal comedy that they’d love. Say what you will about it, at least we’ve thought it through and it’s not just another fucking lazy satirical news website’.

Kensington Gardens Neighbourhood Watch released a statement confirming that, if given the choice, they would favour their homes being permanently destroyed over another half-baked attempt at humour from a satirical news website.