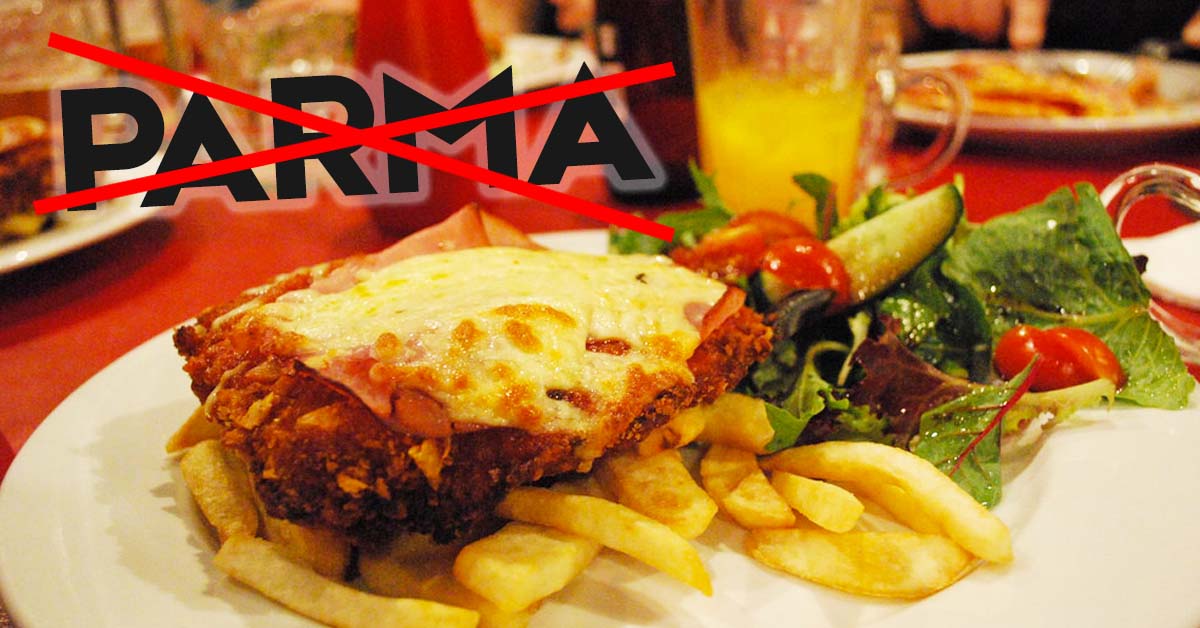 Jolkeep Johnton thought that he was masking his innate Victorian-ness well, he would pronounce the word ‘graph’ with an almost comically long ‘a’ sound. He would talk about the inherent bias toward Victorian teams in the so-called AFL. He would even talk lovingly about Anne Wills.

Johnton, however, revealed his east-of-the-border hand this morning when making plans to catch up for post-work drinks with his colleagues.

‘We were just chatting this morning about grabbing some drinks after work’, says Cormack Wagyu, who works alongside Jolkeep as a strawberry handler. ‘I asked “what about dinner?” And that’s when he said that he could “go a parma”. Everything stopped. I didn’t know where to look’.

‘Our boss actually came over and asked me what the problem was, but I couldn’t say what had happened. I couldn’t let Jolkeep know that we knew’.

Unfortunately for Johnton, the workplace’s resident loudmouth idiot (now required in each office under workplace law reforms) repeated to a quickly-growing crowd exactly what the Victorian had said.

‘We don’t know if he’s a spy from over the border or if he’s just here to try and infiltrate our footy tipping competition with his insider Victorian footy knowledge. But we know that his type is not welcome’.

‘I mean, they’re the only two logical conclusions aren’t they? Why else would a Victorian leave their own state to work in South Australia? Usually their heads are literally so far up their own arse that they can’t even sit down for an expensive flat white on a tram in an alleyway’.

‘And yes, I know I used the word “literally”, that is literally my observation of Victorians from the times I’ve visited Melbourne. People walking around literally up to their necks in their own bottoms. It’s really quite a sight to behold. Anyway, we chased him out of the state to whence he came’.

‘He’s probably back in Fitzroy right now sharing his intelligence he gathered. Telling stories about mythical beaches with no junkies or backpackers anywhere in sight or about how he had already won the footy tipping from before round one’.