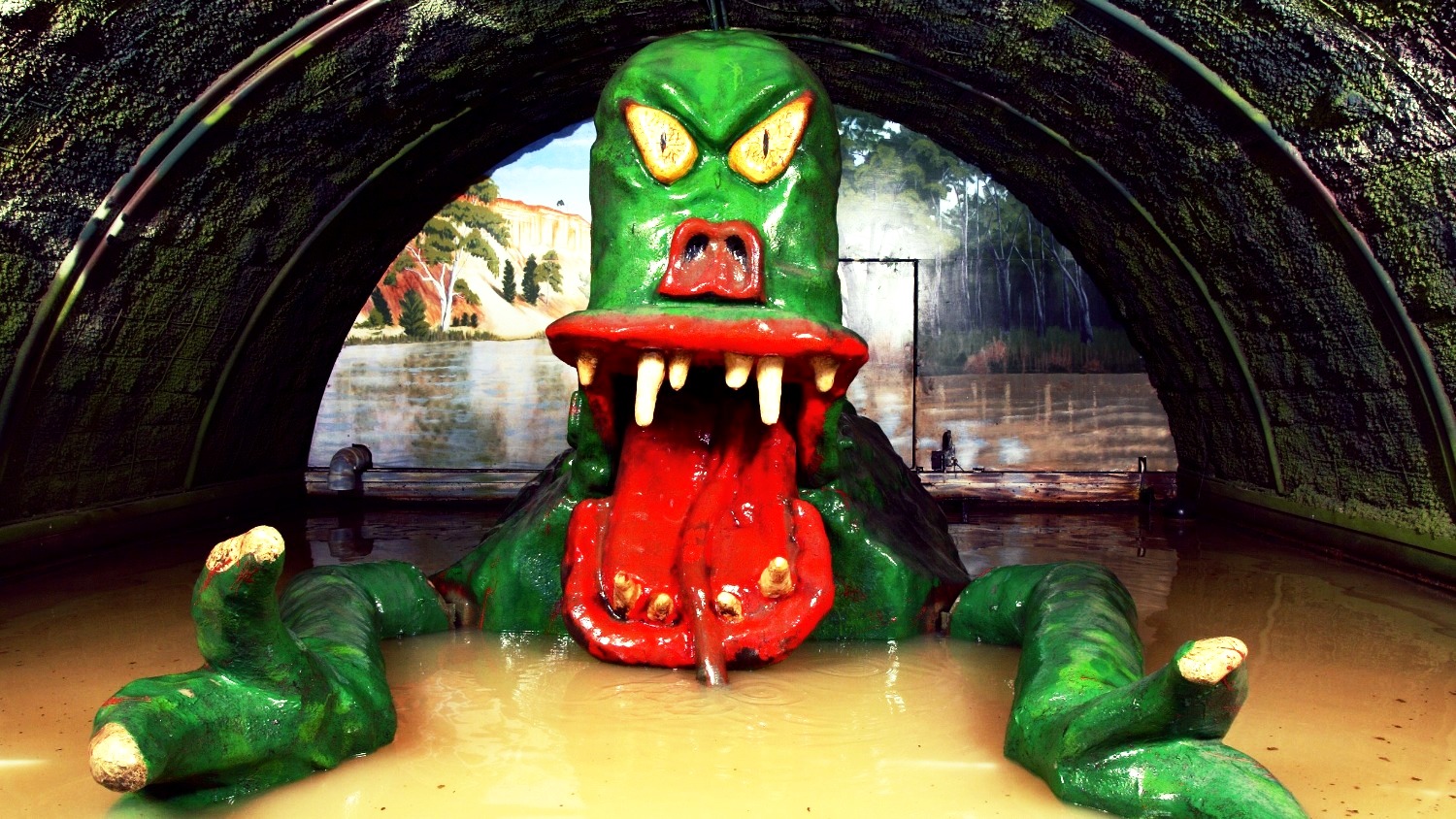 Residents of Murray Bridge are lodging more noise complaints than ever before as tourists rediscover, and run screaming from, the town’s resident mechanical bunyip.

The mystifyingly popular tourist attraction underwent major cosmetic upgrades in late 2017, and is now free-of-charge to anybody with a penchant for a municipally-funded homage to mythical Australian swamp creatures.

But the change in cost structure for the attraction has seen a rise in the number of people shrieking at full voice at all hours.

‘It’s worse than when I lived next to Anne Wills, couldn’t hear a thing over her clanging her earrings and polishing her bloody Logies all the time. She’s got a whole room of the things, did you know?’

‘Logies, that is. Tried to pay me with a couple of them once after I went around and fixed her VCR, didn’t take them, but. Still, better than when Kasey Chambers tried to give me a bloody ARIA as my fare for driving her to the airport. I said “love, you’re going to need about twenty more of those to make up the fare”’.

The Mail contacted Ms. Chambers’ agent for comment, she responded ‘I’ve never heard of her’.

International businessman pretty sure he’s at the wrong Hilton Hotel

Haruto Nakamura, CEO of Tanaka Electronics, landed in Adelaide last week to negotiate a deal with a local transformer supplier....