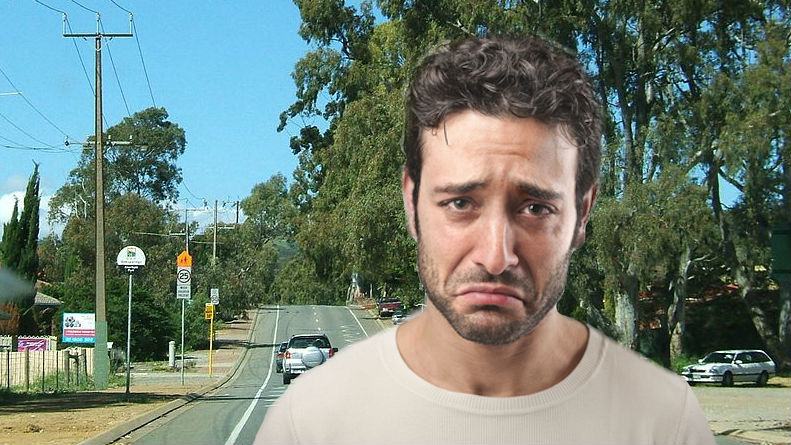 It’s been a rough twelve months for Derrek Downer, he lost his job at the Bead store on Glynburn Rd., his pet salamander ran away, and his wife left him for the bass player of Chunky Custard.

‘I’m not in a great place at the moment, but the thing I’m most angry about is the blatant false claims by the City of Onkaparinga. I moved to this so called “Happy” Valley after the divorce, and things have only got worse’ claims Derek.

When asked by the Adelaide Mail why he believes the suburb is to blame, Derek stated ‘Well first off, it’s just a pattern of lies down here. “Happy” Valley? Please, I’ve been abused that many times for being in the wrong lane turning off of Chandlers Hill Road it’s not funny. Baker’s “Delight”? Pretty sure the last Vegemite scroll I had from there was just a plain roll full of shoe polish. Worst of all there’s a shop called “Lucky” Pets and all they sell is black cats. The only place that is described well down here is “Junktion”’.

Like many South Australians, Derrek continues to struggle with depression, but states he is remaining positive. ‘I haven’t given up hope, I’ve heard exercise is good for depression, so as soon as I can afford it I’m going to move to Walkerville’.