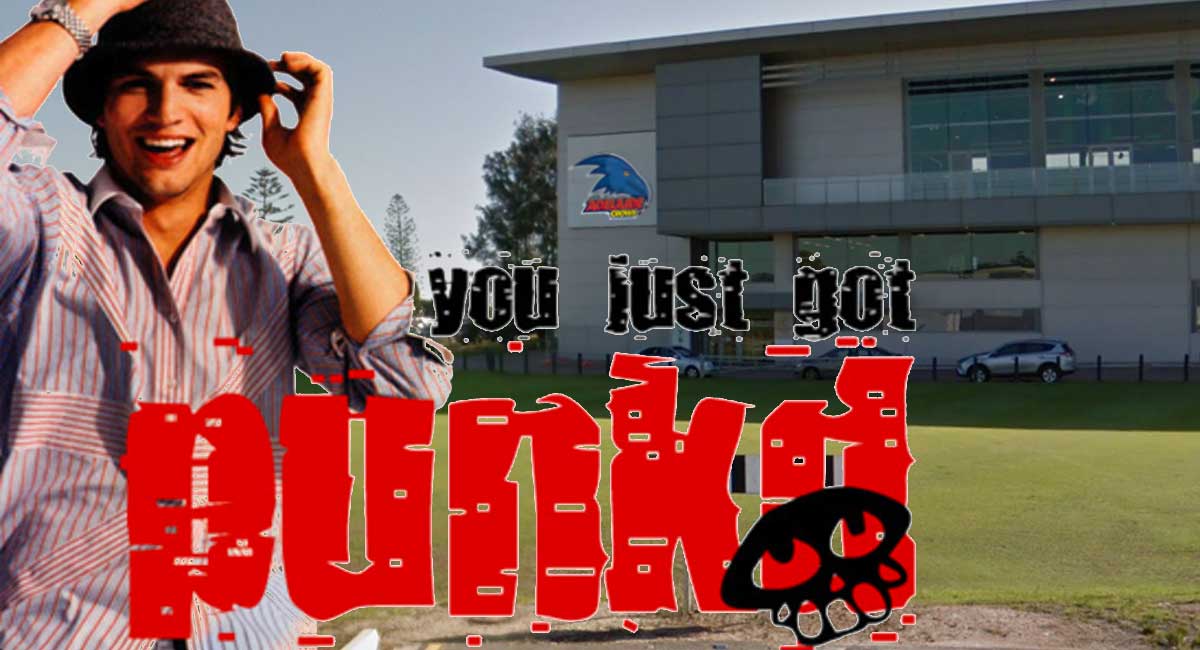 We had to double-check the press release several times too. And yep, it definitely reads that the player wants to move from his current AFL club to the Adelaide Football Club.

‘I’m not convinced, I mean, he knows it’s the Crows, right?’ Formerplayer asks while simultaneously scheduling another Instagram story about how annoying Brodie Smith must be as a teammate.

‘At first I thought he must have been one of those old concussion-wrecked players who didn’t know what the hell he was saying. You know, if I hear one more time that Mick Martyn wants a trade to Adelaide I’m going to flip!’

‘But then I heard that it’s a young player, one of those GWS guys they have now. I haven’t really looked into them too much. Been busy, you know?’ Justin continued shouting something to us as he exited the room to sign for a suspicious delivery from the dark web.

‘That was for one of the Crouch boys,’ Formerplayer explains. ‘He gets a lot of parcels from something called the “Silk Road”, I don’t know must be the new eBay or something…anyway, where was I?’

‘Oh yeah, I thought if it’s not Mick Martyn, and it’s not Bryce Gibbs then there’s only one possible explanation for this. Ashton Kutcher has a new series of Punk’d coming up and this is a hilarious moment of product integration that I get to be a part of! How exciting!’

Justin left the room again, but this time didn’t return for over thirty minutes. We decided to let ourselves out. Upon driving out of the car park we found Formerplayer finding an extra small training guernsey for a young fan in Crowmania. We decided to leave him to his work.