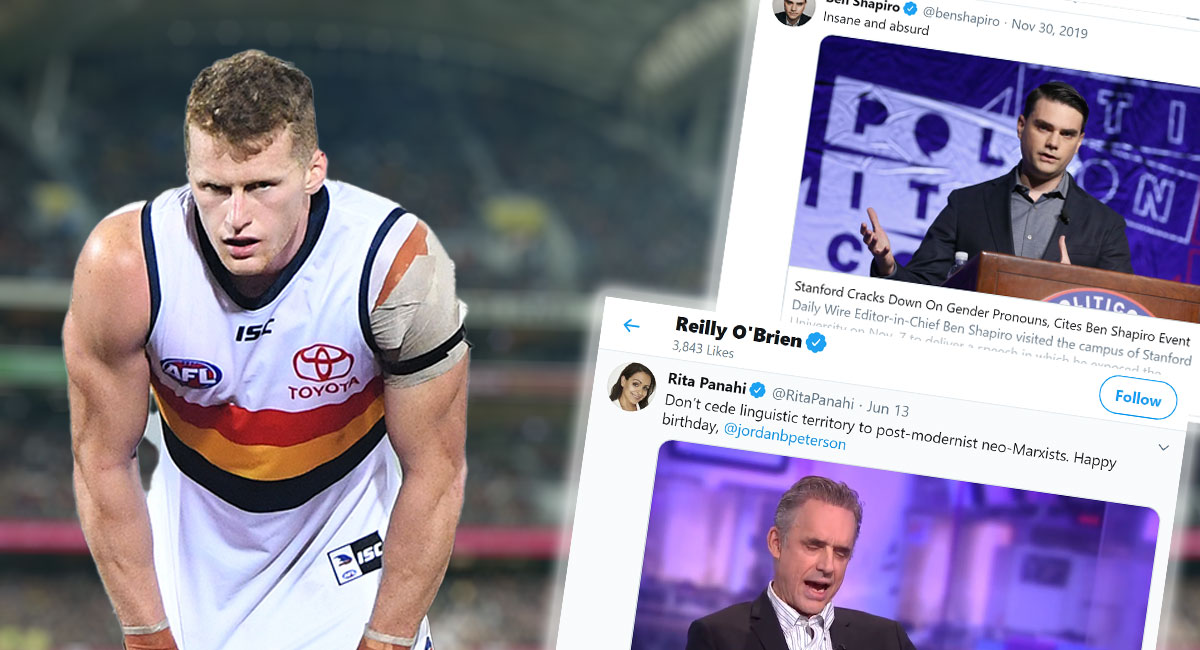 Adelaide Crows ruckman Reilly O’Brien’s had an absolute mare. Wouldn’t you know it, his bloody iPhone 8 carked it, then just went ahead and posted a tweet on his behalf.

The tweet’s contents only went ahead and jumped from Big Sauce….sorry, ROB’s notes app, composed a new tweet, pasted in the contents and hit send.

To make matters worse, his bloody broken iPhone 7 had the tenacity to go and like a series of tweets criticising the Black Lives Matter movement and trans rights going back several years. This guy really needs an Apple Genius right now, because this iPhone 6 is on the fritz big time.

Not only that, but it can also be revealed that this bloody phone was responsible for the Crows’ 0-5 start to the season.

And wouldn’t you know it, that wasn’t the last of it! That bloody malfunctioning phone of his has also been pinpointed as responsible for employing the services of Collective Mind. It even signed off on that camp that you may have heard about.

Tim Cook’s going to hear about this one, because this iPhone 4 has had an absolute, bloody mare!

We feel for you Big Sauc…err, ROB, you know, this kind of thing has happened to all of us.

Just the other day we dropped our phone in the sewer (where we, as journalists, spend most of our time with only a drip feed of Aldi’s press releases and Rita Panahi for company) when we picked it up not only was the screen cracked but it had just gone ahead and tweeted out Mein Kampf in its entirety.

Had a bloody ‘mare.

TRENT BARTLETT In genuinely unprecedented news, an AFL player has made public his desire to move to the Adelaide Football...