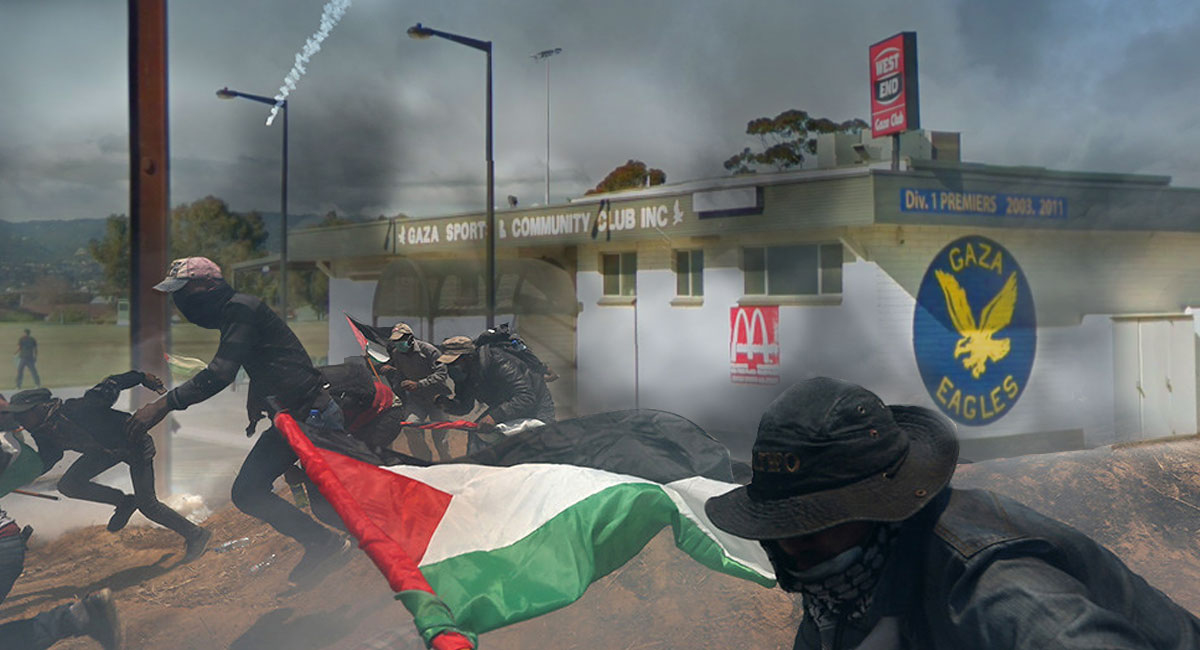 A north-eastern Adelaide football club has been mistakenly drawn into a long-running Middle Eastern conflict solely because their name is spelt the same as a disputed territory.

To be honest, we’ve not heard of the conflict, although we do tend to get all of our news from social media. So if you ask us about who was robbed in the Hottest 100 or why we think Kane Cornes is a flog this week, we’re all over it.

‘This is devastating’, says head of Eastern European Football Imports at Gaza Screwa Torpee. ‘It’s nowhere near as bad as that time Jars found out about Zambrero’s and started eating nothing but burritos for a month. The toilet block had to be evacuated after that. I mean, can you imagine how much stink a man who looks like that can generate from his arse?’

‘Anyway, we got to the club on Saturday morning for our first pre-season session and found just a pile of rubble. We’ve been pulled into this clash for no reason whatsoever. It’s unfair, usually when there’s a clash involving us it’s just a guernsey clash, you know, there are always tensions over the Gaza strip…get it? Strip, Gaza strip?’

We did not get it.