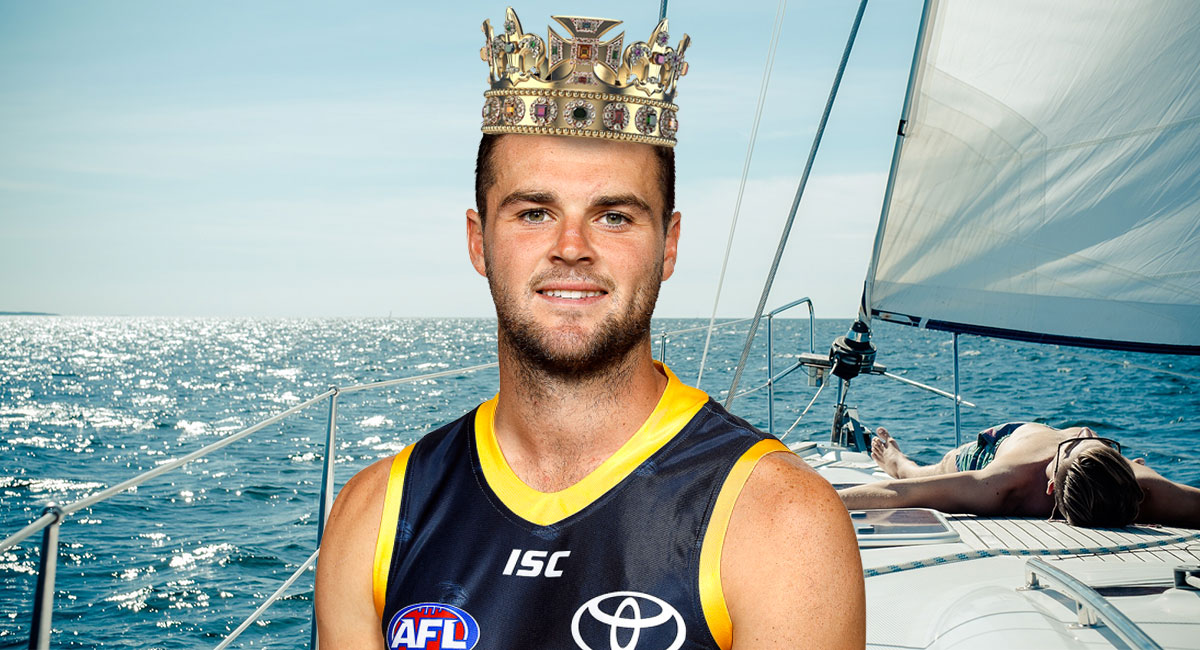 Star Adelaide Crow player Brad Crouch has told Adelaide Mail that some players would ‘struggle to pay for their second story extensions on their Queensland holiday homes,’ should the AFL decide to cut players’ salaries.

With a league-wide shutdown in the face of the ‘rona, as we refuse to call it, Crouch and his fellow players are seeking to limit salary cut to 50 per cent. Or about $185,000 for the average AFL player.

‘I worry for the future, not just for me but for all the players around the league,’ Crouch told Adelaide Mail while reclining on a couch made out of African Black Rhino leather while a maid pours 2010 Hill Of Grace into his mouth from an Argyle Library Egg.

‘We’re all making sacrifices, I get it. My morning wine is usually a ’98 Grange from a Faberge egg, so, already, you can see times are not quite the same.’

‘But what the AFL is asking is us to do is, quite simply, unfair. Do you really expect players like Dusty to be able to live off a thousand bucks a day? How? By not gambling? We have rights, you know!’

‘All we ask…and we’ve done all the maths actually, it works out…all we ask is that instead of cutting players’ salaries by half simply because we’re not playing or training, clubs let go of all the support staff, administration staff, coaching staff, physios and doctors. The game is about the players, after all.’