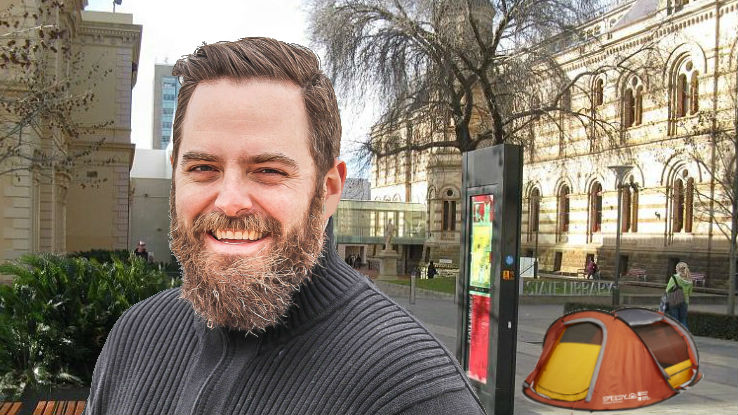 With less than three weeks until the 2019 Christmas Pageant kicks off, father of three, Doug Float, is dedicated to getting a prime position on North Terrace, no matter the cost.

‘It gets earlier every year’, said Doug ‘at first it was 6 a.m., then 4, and when I got in at 2 last year and missed out on a good spot, I knew I couldn’t let my kids down again this year’.

Equipped with his picnic rug, food rations and makeshift shelter, Doug plans to occupy a spot outside the State Library for 16 nights.

‘It’ll be a little rough, I guess. Not just on me, but also the family. Two weeks without a wage and being away from the kids won’t be easy. But I’ll manage, we’ll arrange visitations with the kids and just cut back on a few vital necessities like medicines and haircuts’.

When asked what his plan was for when nature called, Doug replied ‘Well I’ll…I guess…could you save my space for a quick minute?’