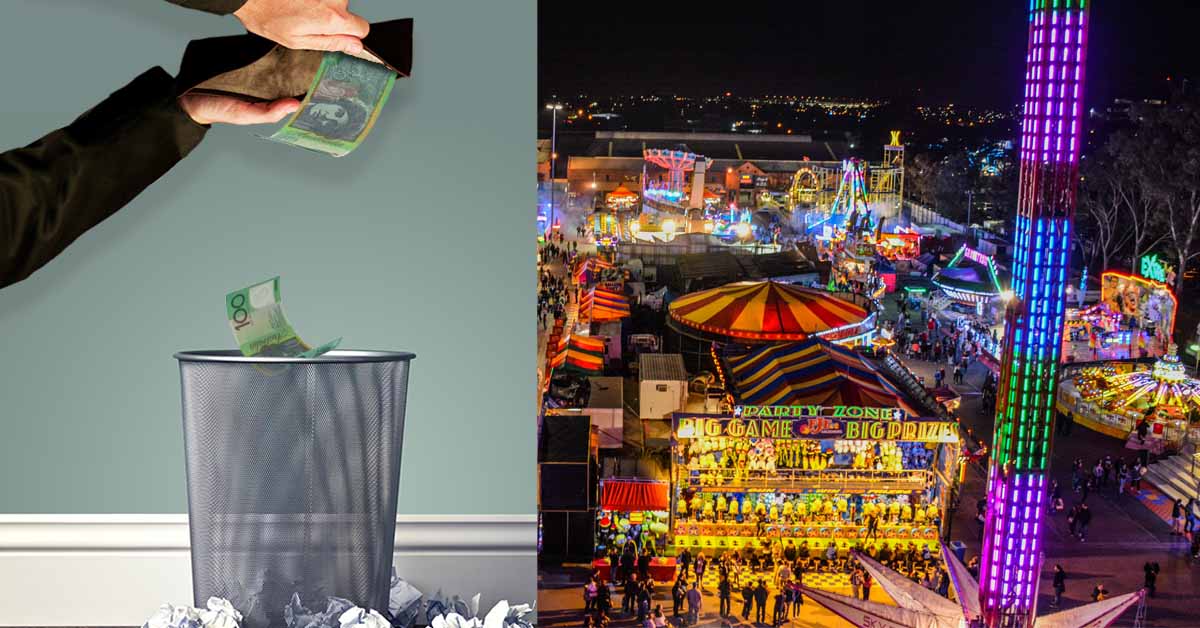 Katalina Glispers has countless fond memories of the Royal Adelaide Show as a child. From losing her two front teeth by foolishly smiling while riding the Mad Mouse, to buying very reasonably-priced Fubu jackets en masse out the back of the showbag pavillion.

There was nothing like The Show, especially when bankrolled by divorced parents competing for their only daughter’s love.

However since becoming a parent herself, Glispers has grown increasingly bothered by the overall cost of sending her two children to what is essentially a farmer’s pool and spa expo.

Having only recently repaid last year’s showbag expenditure via a series of increasingly high interest payday loans, Glispers approached her two children with an offer that she thought had no chance of success.

‘I said “how about instead of actually going to the show this year, I just give you guys a hundred dollars each and you can do whatever you like with it?”’, proposed the mother to her two daughters.

‘To my surprise, they actually went for it. I think they just heard “a hundred dollars” and thought about all the fun they could have with that. Meanwhile, I’m saving about two grand myself’.

‘When I asked what they planned on doing with the money, they told me they had already spent it. This was about four minutes after I gave them the cash, mind you’, Glispers continued.

‘I asked what they spent it on and they just pointed to the bin. I had a look and there were four fifty-dollar notes sitting on top of the trash. They said they wanted to see if they could get the true Royal Show experience at home’.