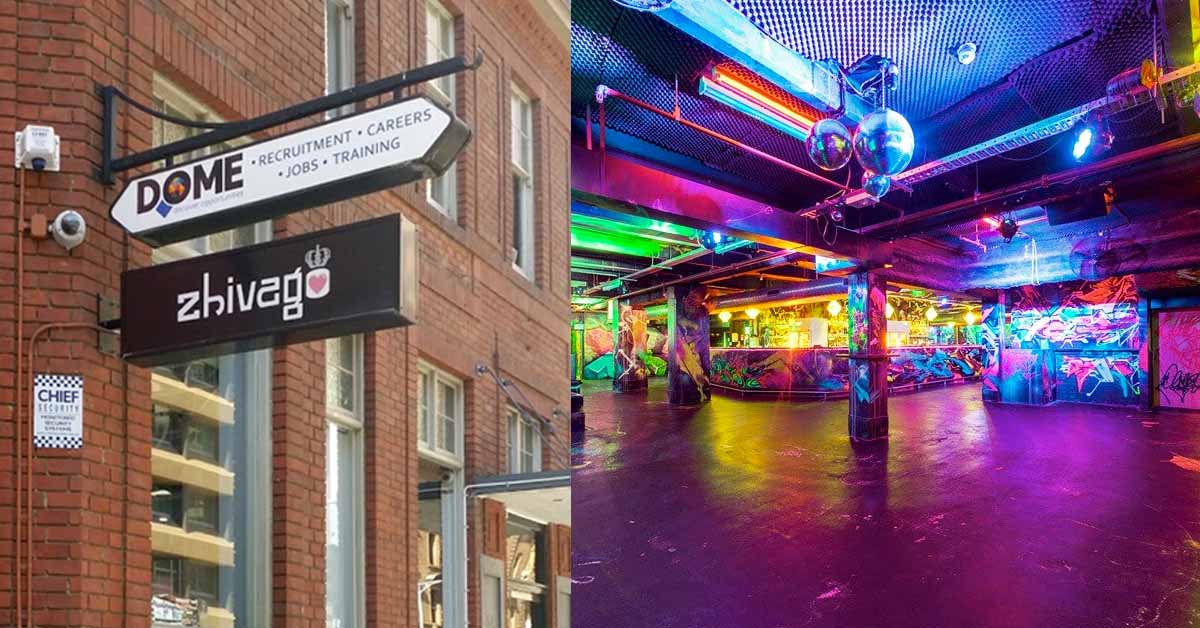 DISCLAIMER: In light of a predictable legal threat from the owner of Zhivago’s, we feel the completely unnecessary need to point out that the below article is satire and should not be taken literally. The owners of Zhivago did not attempt to pay off debts using drink cards or access to the club’s VIP lounge. Nor did they play their Spotify free account (we imagine that in real life they’d at least pay for premium).

However, it is true that the company that owns Zhivago, Truth (SA) Pty Ltd did have a liquidator appointed by the court. Zhivago will continue to do business and has “sufficient assets to repay” its debts that it, for some reason, didn’t pay. No word yet on whether the owner of Zhivago has followed through on his threats against NT News to sue them for publishing examples of his awful parking.

After having its Currie Street nightclub placed into liquidation by the Federal Court, the owners of Zhivago have been told that they will have to do better than an admittedly hefty stack of free drink cards to pay off their mounted debts.

The offer was the second put forward as the embattled owners attempted to bargain down the amount owing to various creditors. Their earlier overture of ‘Free entry before 12 and access to the VIP booths’ was also turned down.

As liquidators move in on the nightspot, new cost-saving measures are being implemented in an attempt to save the at-risk business.

‘We’ve brought back the old “The DJ is not a jukebox” rule which seemed to be quite popular in the club’s early days’, says liquidator Toto Kimball. ‘And we’re being true to that rule too. The DJ is absolutely not a jukebox. In fact, there is no DJ. The DJ is now a Spotify playlist’.

‘And with a Spotify free account we should be saving hundreds of dollars a week’.

When asked whether or not the intermittent fifteen second advertisements urging listeners to subscribe to Spotify premium would deter patrons, Kimball said ‘You hardly notice them after a while’.

‘Actually, we did a test run on Sunday night and by the end of the night a few people were doing something called “muzzing” to that one Spotify ad with the airhorn at the start that’s about a hundred decibels louder than the music’.

Zhivago continues to trade under the management of liquidator Toto Kimball, who is very happy with his Spotify playlist.

Victorian motorist Ransack Platoon has been labelled as a genius by motoring groups after discovering a shortcut that could spell...