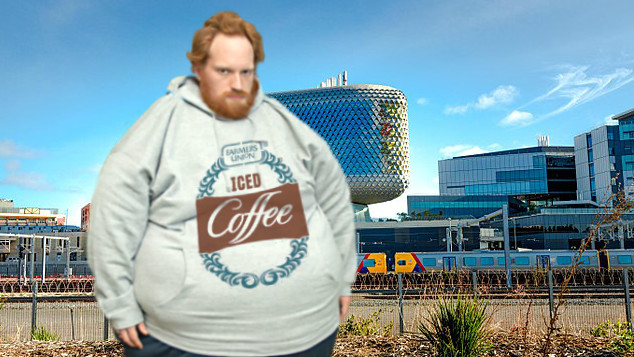 With Farmer’s Union Iced Coffee desperately trying to target the insta-millennial market with their new line of merchandise, the new marketing strategy has clearly worked well for one demographic. Iced Coffee consumers.

Upon launching the clothing, all sizes of 5XL and above were sold out within minutes. In a statement to Adelaide Mail, spokesperson for Farmer’s Union, Dianne Beaties, stated ‘It’s almost as if there’s some sort of correlation between Iced Coffee fanatics and larger clothing. Weird, hey?’

Dianne continued ‘Initial sales of plus sizes have been a huge success, but the problem is we’ve got heaps of small and mediums left, can’t give them away, that’s why you’ve been seeing them on every SA instagram user with more than a few thousand followers this week. One of the more popular users with 33 thousand definitely genuine followers got almost 150 likes on their merch picture. We certainly see that as a genius marketing move and a good return on investment…what? That’s more than your shitty Onion wannabe headlines get, so stop smiling’.

However, not everyone is happy with the initial merchandise sales. Local iced coffee connoisseur and avid perspirer Jackson Portlee was unable to get the 5XL hoodie he so desperately wanted. ‘Very disappointed’, Jackson stated ‘I had to get a Farmers Union Feel Good Iced Coffee jumper instead, which is fine, I guess, but the material is clearly a little thinner’.

Farmers Union have stated they are attempting to restock all the larger sizes as soon as several hundred Indian cotton fields required for manufacture get harvested. Dianne continued ‘Until then, we hope fans are just as excited about our new range of Iced Coffee branded blood glucose monitors’.

To hear more about the history of Farmers Union Iced Coffee and how it became an SA icon, listen to this episode of AdeLOL, a local history comedy podcast telling stories of South Australia’s hilarious history.