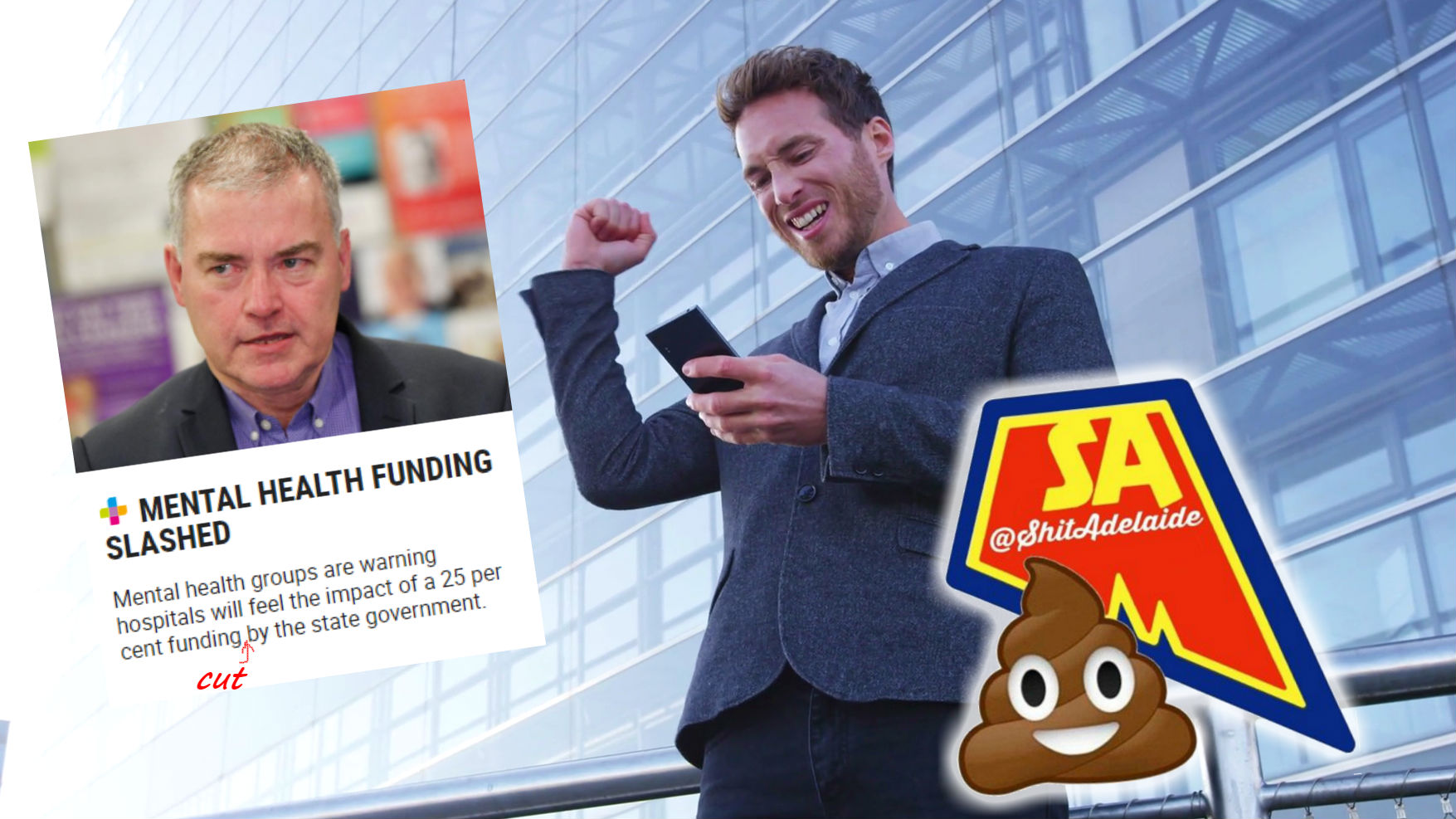 With the State Government (not surprisingly) cutting funding for key mental health services across the state, hospital workers, inpatient units and community groups are worried about the impact this will have on our most vulnerable and often neglected citizens.

However, there is one cohort who welcome this news with much rejoice, the ever popular ShitAdelaide Instagram account admins and their hordes of teenage fans.

Exclusively speaking to the Adelaide Mail, ShitAdelaide account curator and part-time father’s property portfolio manager, Sebastian Toffeewank stated ‘We really are overjoyed by this news. In fact, this is why we were pushing so hard for a Liberal State Government during the last election, remember #JayFail? LOL’. (Sebastian actually said “Hashtag Jay Fail” and “LOL”.)

Unprompted rambling that videos of mentally unwell South Australians not getting the vital care they need is perfect to break up all the Married at First Sight content and pictures of two people both wearing the same Kathmandu jacket, Toffeewank continued, ‘this is a huge win for us. A shirtless man publicly experiencing an episode of psychosis makes for GREAT user engagement! We don’t care if we’re hindering his recovery or future employment chances by broadcasting this to everyone. Classic hashtag what man drought, amirite?!’

Continuing to defend their controversial content, Sebastian stated ‘One of our best ones was the disheveled older woman slowly tapping a bongo on public transport, we put that Phil Collins song over it! Classic hashtag humans of Adelaide.”

When asked about how the account responds to critical comments on this topic, Toffeewank stated ‘Simple. We just say “a bit presumptuous of you to assume someone has mental health issues, isn’t it?”, so it’s a win, win for us. Then they get a nice old block.”

He then pleaded with us to consider joining his mates HIIT crossfit gym, or he would block us too. Classic #JustShitAdelaideThings.

It’s been fourteen hours since I left the campsite at Innes National Park, we thought that we were getting a...