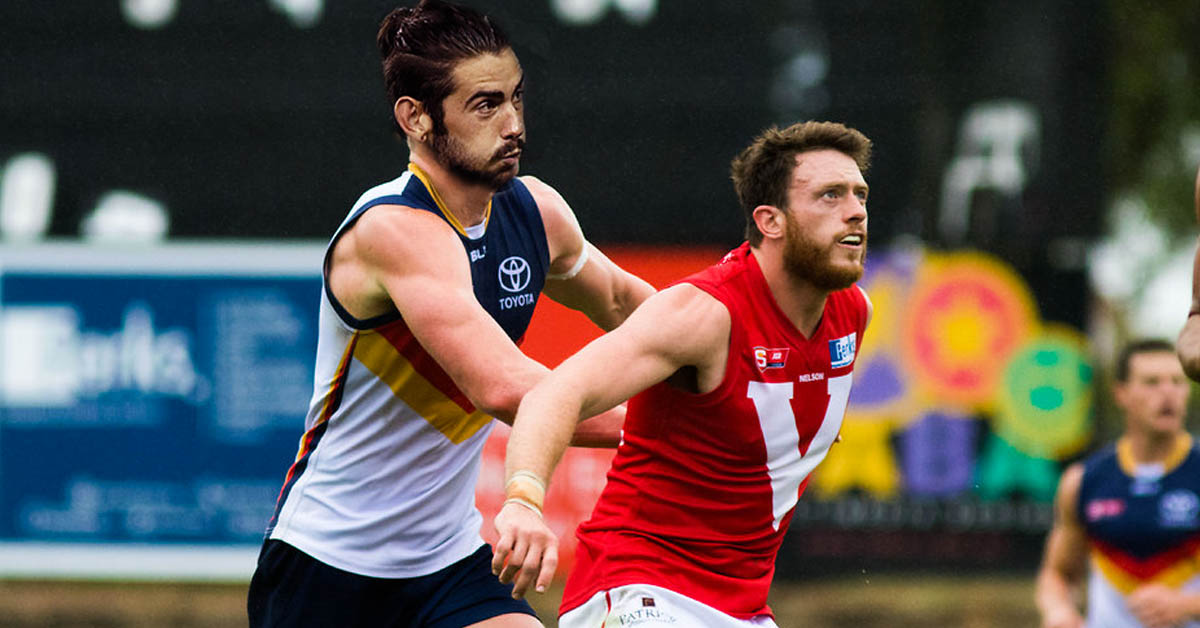 With star Collingwood ruckman Brodie Grundy out of contract at the end of 2020, Adelaide Crows coach Don Pyke is pushing everything on to the table to try and lure the South Australian back home.

Currently sitting second on the SANFL ladder, the Adelaide Crows reserve team has been the sole focus of Pyke this season. The B team has so far benefitted from Pyke sending Bryce Gibbs and Josh Jenkins their way, while largely insulating the SANFL team from the damage of David Mackay and Kyle Hartigan.

However with Reilly O’Brien, the reserve team’s number one ruckman out of the side, the Crows coach has begun a concerted push to secure the Magpies ruckman as depth for the club’s tilt at an SANFL premiership.

‘We’ve obviously been doing all we can to make sure that our reserves team has every opportunity to win every week’, said Pyke while ignoring another disappointing result for the club’s AFL team.

‘Brodie’s still in contract, but he’s on our radar. There would always be a role for a high-quality South Australian ruckman like Brodie here at Adelaide Footy Club. Now, whether that’s sitting on the bench in the SANFL, carrying oranges out to the team at quarter time or grabbing lunch for me and Campo, I’m sure he’d love to play the role’.

‘I’ve already thought of a job for him in his first week here. The air conditioning vents above my desk are blowing right on me and ROB can’t quite reach them. I reckon with Brodie’s extra centimetre of height he’d be a walk-up to fix my vents. Now THAT’S what you call getting value out of a star recruit!’