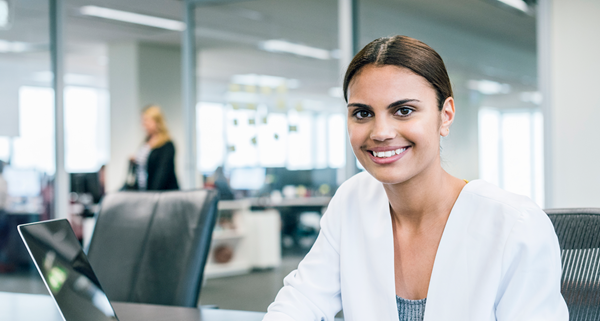 NAIDOC WEEK SPECIAL: Megan James, 27, of Prospect was put on the spot this NAIDOC week during an office meeting coupled with cultural awareness training, when, for the first time ever, office manager, Dennis Patrice, displayed the acknowledgement of country on his powerpoint presentation.

Dennis opened the 8 minute allotted slot for cultural awareness stating ‘uhh, we would like to ackn…recognise that the land we meet on today is that of the…Kaoor…Gur…C…Christ, I don’t know, how do we say this, Megan’.

Megan, not 100% sure herself, handled the situation like she has every other time when she has unexpectedly become the spokesperson for all Aboriginal people. Confidently, with a serving of white guilt.

‘Do you actually not know the name of the country we’re living on? So typical of this organisation’, Megan stated in the meeting, making the boss squirm.

‘Thank you, Megan’, the boss continued without pronouncing the word before moving on to his standard MS Office Powerpoint template.

Megan told the Adelaide Mail ‘Seriously, how should I know? I was raised in Melbourne and I’m half Polish. But still, can’t pass up an opportunity to put the dickhead boss in his place’.

After the meeting, Megan promptly returned to her desk to Google the correct pronunciation.

Now here's something we don't mind Victoria stealing from SA