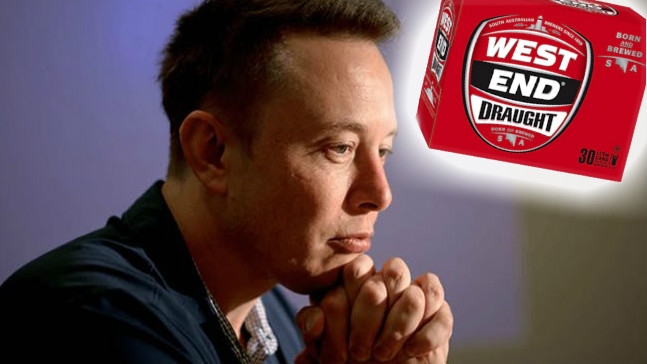 ‘Speaking of blackouts, how good are Red Tins to have a big night on?’ Musk said ‘had a bunch on a loose sesh with all the Jamestown boys at the Commercial when I was down there’.

Musk stated he celebrated with locals after completing the battery instal ahead of schedule, but there’s one thing he regrets about his time in SA.

‘Should’ve took home more than just one carton, that’s for sure, finished it in a cutla days. In hindsight, I more than likely could have afforded the extra luggage charges on my JetStar flight’.

Musk is reportedly now looking for any excuse to get back to South Australia, closing our interview with ‘You reckon your new bloke will want to set up a space station or something?’